This is a photograph that has been shot with a Sony NEX-6 with a 20mm SEL20F28 pancake lens, in Rethymno, Crete, Greece.

I remember this morning like yesterday. A friend of mine and one of the SHRC Moderators Klaus Scherer, was visiting me in Rethymno so we could spend some time in the streets together photographing. We met twice. The first day we shot only film and the second day we shot only digital. This photograph was shot on the second day. We were walking past a cafe and we both noticed this lovely lady. I think it was her prominent eyebrows and her classy style overall that attracted our attention. We both turned around and took a photo of her trying to capture her essence as best as possible. I think I was quite lucky, because I managed to take her photo the split second before she smiled. I really like her stern look, the air of superiority she radiates. Her pose, the way she places her hands on her legs, everything about her, even her cigarettes make me feel so lucky for managing to capture this moment.

A second later she smiled. Suddenly she was someone else. Open, warm and welcome. This stern personality had vanished and in its place was another personality. Totally different.

I wonder, did I managed to capture her true self? Is this who she truly is? Or is she the other person, the smiling warm person that was there a second later?

Oh, the joys of photography! 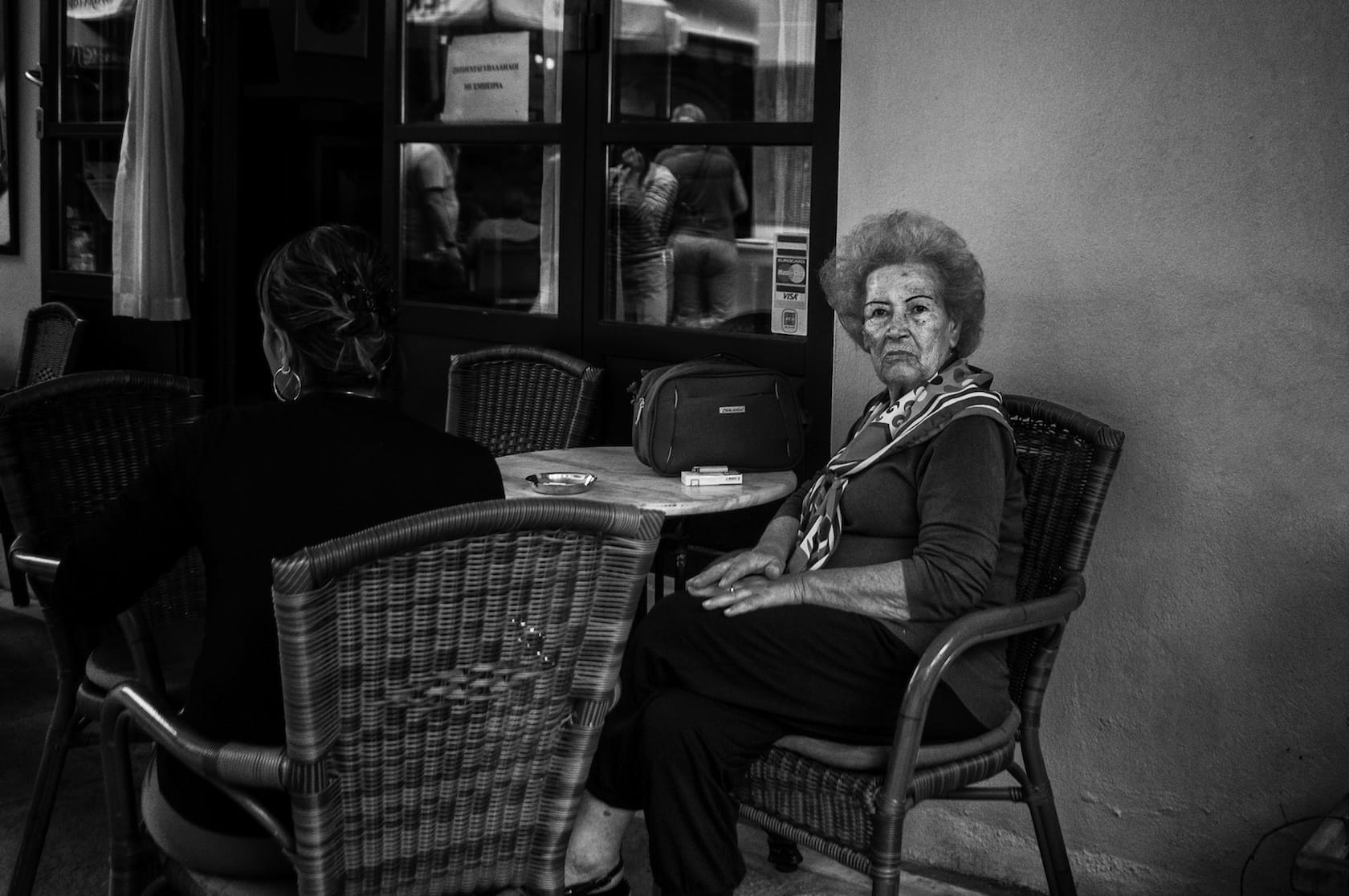