This is a photograph that has been shot with a Sony NEX-6 and a 35 mm Sony SEL35F18 lens, in Philadelphia, USA.

Philadelphia. It’s the USA’s fifth most populous city and sixth largest metropolitan area. It’s known as “The City Of Brotherly Love”. It’s historical value is incredible. It’s the birthplace of American independence amongst many other things. And it’s known for it’s attitude. I’ve been there dozens of times in my life, mostly for music and sporting events, but I’ve yet to really explore this fantastic city, I’ve only just scratched the surface. I’m anxious to do more!

On this particular outing, during late summer, I was in Philadelphia’s Center City. Towering skyscrapers loom over centuries-old churches. It’s packed with everything a large city normally offers: activity, traffic, hotels, shops, restaurants, bars and ample opportunities for a Street Hunter.

I was heading back to the parking garage when I saw a photographer kneeling and sporting in the street. From my angle, I couldn’t tell what he was shooting at exactly. The windows of the bistro certainly didn’t look that interesting. As I moved closer, I spotted them. He was shooting this couple, maybe for wedding engagement pictures or some sort of advertisement for the restaurant. I didn’t want to get in his shot, so I worked my way into a cool angle from the side. I liked how the man’s black suit just faded into the shadow. I took the shot, unnoticed by any of the three, and moved on. It pays to keep your eyes moving, no doubt! 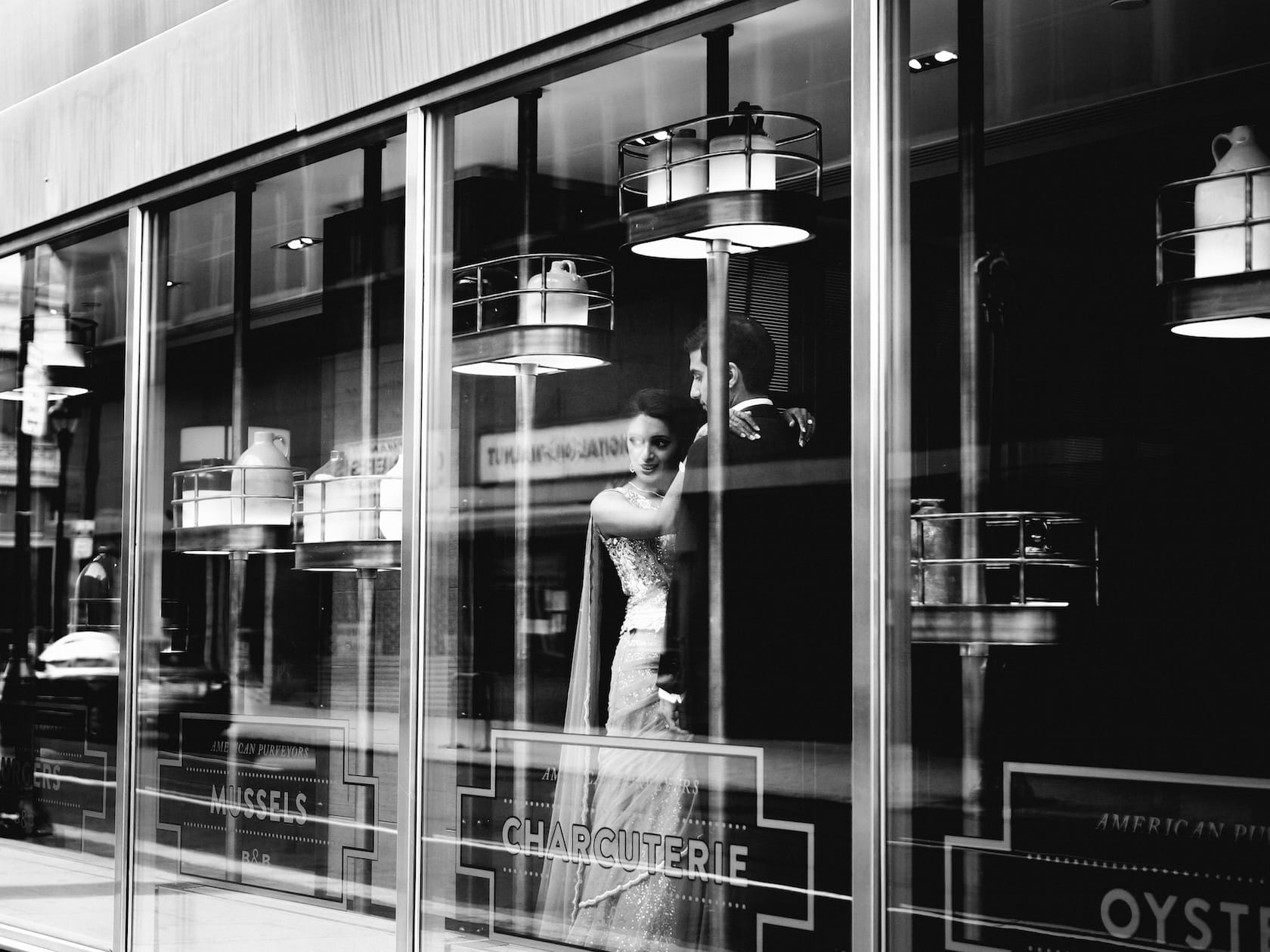