Street Photo of the week by Jack Simon

Jack Simon is a Street Photographer from the San Francisco Bay area. What is interesting about Jack is that for the past 40 years he has been working as a Psychiatrist. In my opinion that has possibly given him the experience to spot things in people that the rest of us can’t. But this is of course just my theory, but I like to think it is true.

Jack started shooting in the Streets of SF more than 10 years ago. As he mentions in his website, he became fascinated by the possibilities of photography. I couldn’t agree more. No matter how much one tries, one can’t ever, under any circumstances achieve an exact photographic replica. Some small details will be overlooked. The only way to control a photo is in a studio environment, but then again, one needs to be precise with everything else. Jack Simon is interested in making photos that speak to his viewers, share a story. He shoots in colour only.

He has had his work published, exhibited and awarded in international competitions. Also, he is a member of the very cool Burn my eye Street Photography collective. We have featured Justin Sainsbury from the same collective in our post “Street Photo of the week by Justin Sainsbury”.

You can see more of Jack Simon’s photographic work on his flickr account at https://www.flickr.com/photos/jacksimon/, on the “BURN MY EYE” website on the section about him at http://www.burnmyeye.org/jack-simon/ or on his website at http://jacksimonphotography.com/. 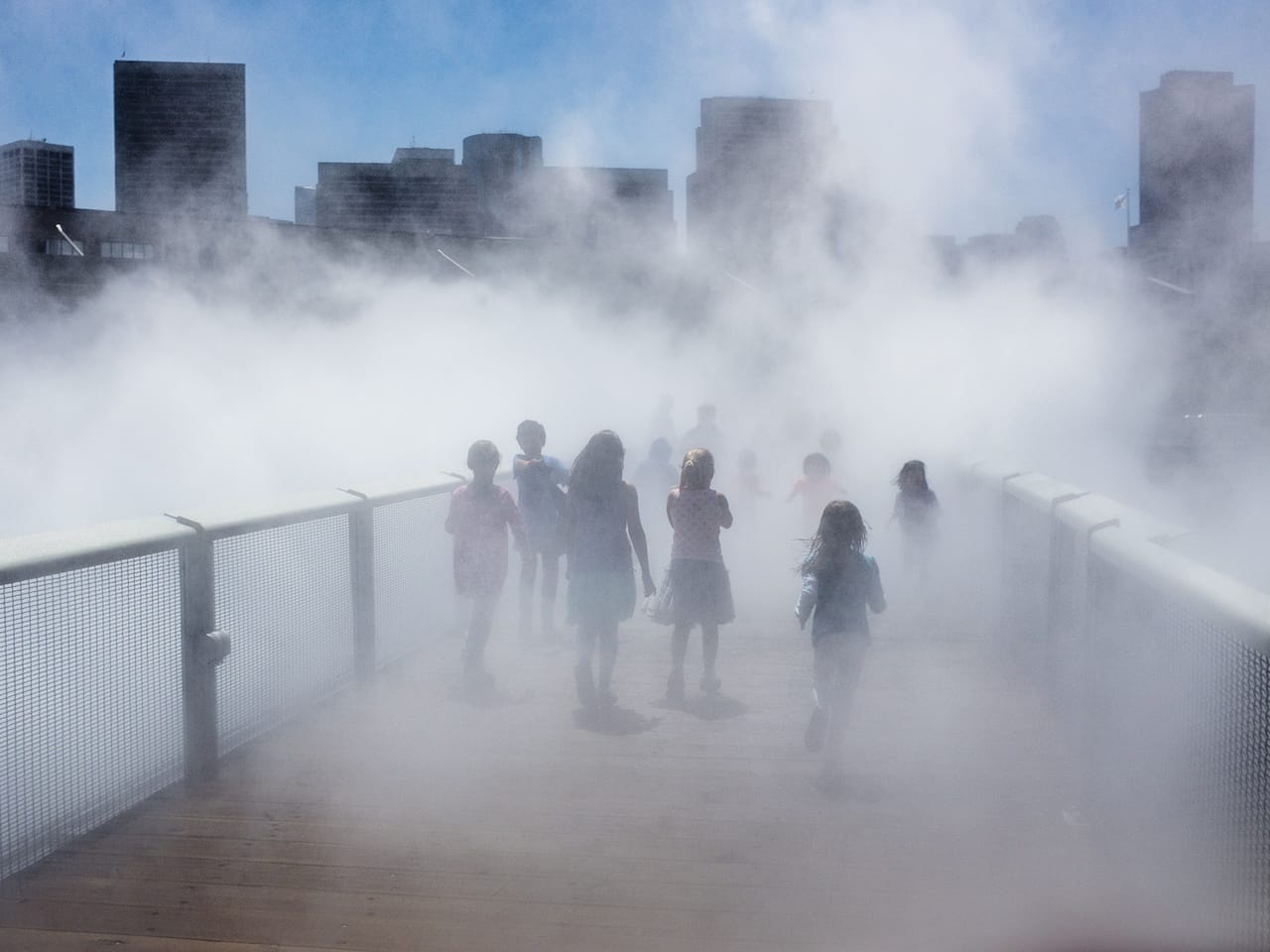 With a simple title that only reveals the location of the photograph, Jack Simon has managed to capture a one of a kind, special moment that can be interpreted in a million different ways, depending on how vivid one’s imagination can be. What we all can see in this photo is fog, kids either running or walking, over what appears to be a bridge, heading towards a city or part of a city. The weather is great, contradicting the fog. Could they be passing over a bridge while an old steam engine is passing underneath? Could they be escaping into a mysterious land in another dimension, running through a magic fog? This capture is really making me think and dream. That makes it great in my book.

Why don’t you all think of your own story for this photo and share it with us in the comments. What comes to your mind?