This is a photograph that has been shot with a Sony NEX-6 and a 35 mm Sony SEL35F18 lens, in Baltimore, USA.

As winter tightens its grip on the northeast US, I’m thankful that I choose to let most of my pictures marinate for a spell. Because, honestly, it’s slim pickings right now. Everybody stays inside. And I can’t blame them. It’s damn cold but, like a good squirrel, I’ve stashed some nuts for this time of year.

Hula hoops seem to be making some sort of comeback. Maybe it’s just me, but I don’t recall seeing them around much for the last thirty years or so. Or maybe I haven’t been paying attention! Maybe it’s just a Baltimore thing? But it seems I’m always running into hula hoopers when I’m at a market or public place. That may be an exaggeration, ha!

I was at Baltimore outdoor farmer’s market when I came upon this woman giving hula-hooping a whirl. She started to get into it, and by the expression on her face, she was having a blast! Her family was watching, and they were enjoying themselves as well.

So I lined up a shot, backing up as far as I could go. I liked the shadow from the highway overhead and I wanted to catch her while the hoop was spinning free around her, not touching any part of her body. But then two young women walked up, picking things up off the closed-off street. They bent down at the same time. As they did this, the hula woman got into her groove. She was really building up steam. It took two shots, but I ended up freezing her just how I wanted, with the two others framing her. The look of happiness on her face is the cherry on top. 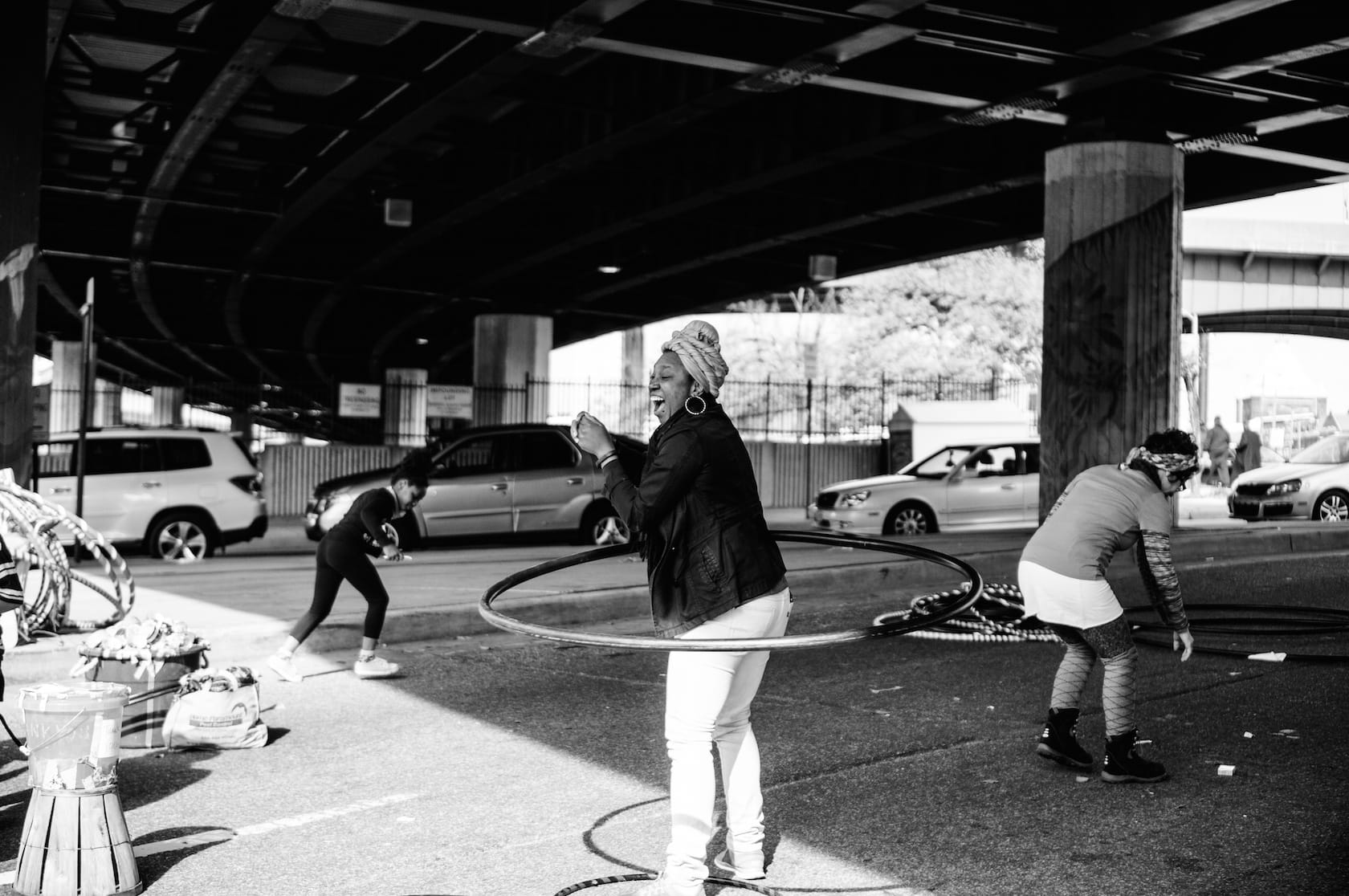