Street Photo of the week by Jamel Shabazz

Jamel Shabazz is a Street Photographer from New York, specifically Brooklyn. Since he was 15 years old and for the past 30 years, he has been documenting the life of the most vibrant city in the world. During the 1980’s he made quite a few iconic images. Once of his most famous shots, is the one we are featuring today. According to his website, he has drawn inspiration from the great James Van Der Zee, Gordon Parks, Robert Capa, Chester Higgins and Eli Reed.

Besides photographing in the Streets and being inspired by the greats, Jamel is also an inspiration for the youth of his city. He is an active member of the Rush Arts Philanthropic Foundation that aims to help young people to better understand and connect with the arts. Jamel is very interested in the well being of the youth and strives to help us much as possible through his work in the ‘Plays For A Living’, community organization. In addition to his Street work and contributions to his local community, Jamel Shabazz has also published books and has been featured in the Street Photography documentary , Everybody Street.

If you would like to see more of Jamel Shabazz’s photographic work you can visit his website at http://www.jamelshabazz.com/ or on his Facebook page at https://www.facebook.com/pages/Jamel-Shabazz/. 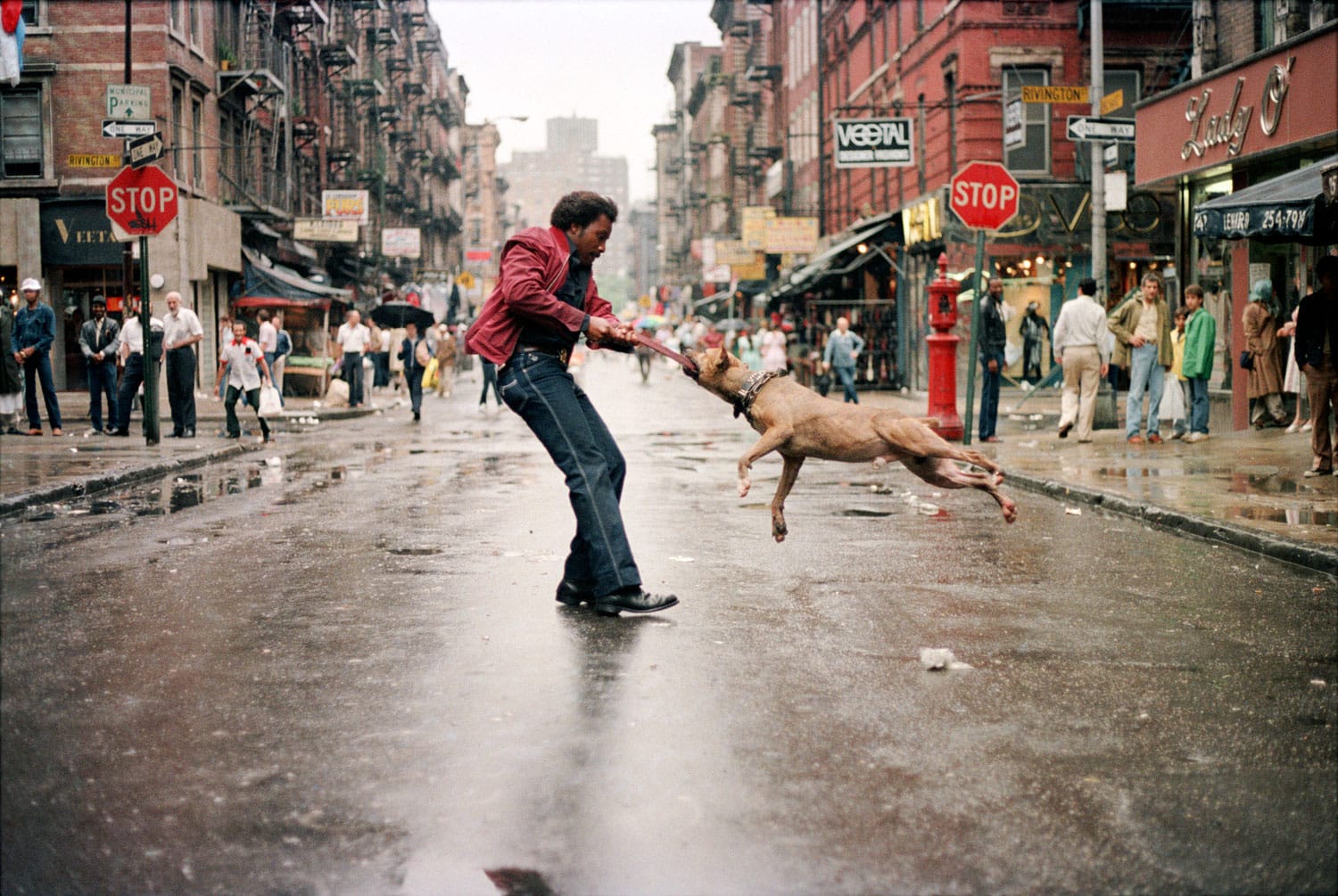 Man and Dog, is a photograph that was shot in 1980 in New York. Jamel has managed to capture a one of a kind moment, composing the image perfectly. Technically the image is flawless, focus is spot on and the shutter speed has frozen the movement of the man and dog forever in time. Even though it is an overcast day, the subjects seem mildly backlit, the reflection of the man on the wet street gives another quality to the photograph. The depth of field unfolds into a blur ever so discreetly. The muscles of the pit bull are tense and can be seen clearly, even though this was shot with film and not some fancy digital camera with a high megapixel count. The colours of the film and the clothes of the man, give a sense of another time, making this even more precious. When looking at this photograph, I automatically clench my teeth, feeling the strength that the man is putting into his action. What an amazing shot! A shot with a story, that can never be replicated in the exact same way.