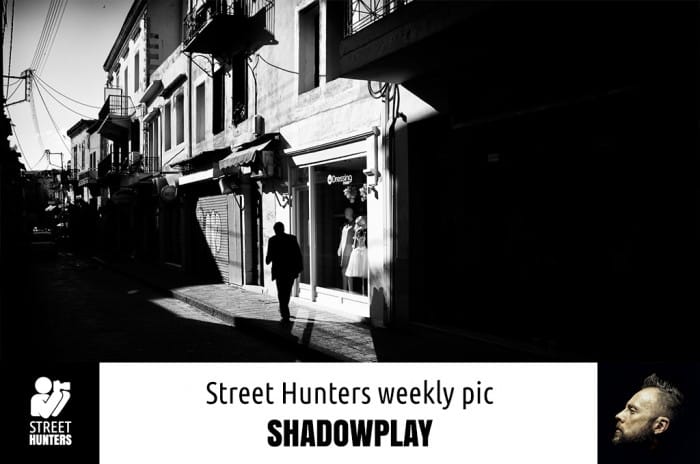 This is a photograph that has been shot with a Sony NEX-6 and a 20mm pancake Sony SEL20F28 lens, in Rethymno, Crete, Greece.

Light is what we Street Photographers and any photographer for that matter chase for. We are constantly in search for the best light, that will make our composition a little bit better. The opposite of light, is shadow. With a good understanding of light and shadow, we can achieve lovely results in our work. Great examples can be found amongst the works of L.A. based Street Photographer Rinzi Ruiz, Greek Street Photographer Lukas Vasilikos, the great Joel Meyerowitz and more. Understanding the way light and shadow can be combined, is a secret sauce in photography that isn’t taught, but learned through experience and a lot of trial and error. But what makes light and shadow most interesting is the magnitude of effect they both have on any scene, object or person. The same exact situation, under different light conditions can appear boring, stunning, surreal, breathtaking, morbid, you name it. The impact of light and shadow on a photograph is colossal. Something to remember. Not all photos can be shot at any time of day or on any day of the year.

I remember the morning I made this photograph. What you are looking at is a photo of a man, walking down Arkadiou Street in Rethymno. Arkadiou is not a big or long street compared to normal standards, but it is busy during the day and night because it has plenty of shops. So, it can be seen empty only during the early hours of the morning or very late at night. The rest of the time, you will never see less than a couple of people on either side of the pavement. I have an obsession of photographing single figures in my photos, I don’t like more. I will only add more people if I can’t help it. So for me to see this single man walking along Arkadiou was quite satisfactory and I jumped to the opportunity. What I noticed almost instinctively and momentarily before I hit the shutter release was the way the shadow and the light made my composition look so much different than what Arkadiou normally looks like. Observing the scene unfold in front of me, I saw the man walking out of the shadow into the light, but I knew that any second now, he would be in the light. I wanted his silhouette, I wanted his shadow to seem like it grew out of the larger shadow engulfing the light. All these thoughts happened in a fraction of time, that suddenly seemed to slow down for me. I felt totally in control of the way things were turning out. I only had to wait for the exact moment and click the shutter release to make the “Shadowplay” photo. I was so excited with the result. I knew then and there, it would be a photo that would make me feel nice.

To further emphasise this dramatic relationship between light and shadow, I decided to process the photograph in monochrome black & white. 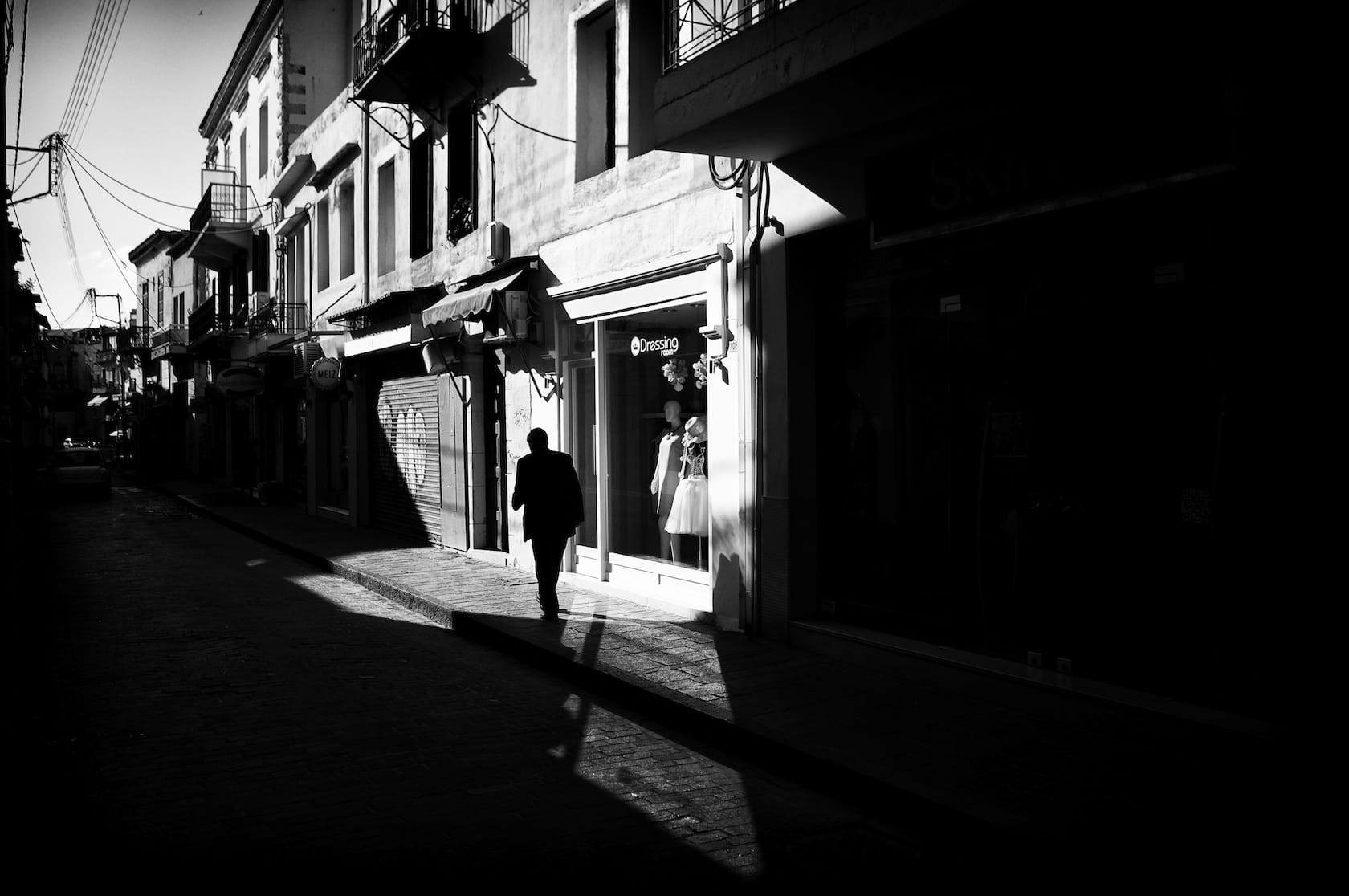