As the temperatures start to drop and winter really kicks into gear, the streethunting opportunities for a weekend warrior like myself become scarce. In my area, people just simply are not out and about. When it’s cold and blustery, the pickings are slim. An occasional dog walker. Foot traffic coming and going from the markets and stores. Really, it’s a frustrating forecast for street shooting. So what’s a Street Hunter to do when a barren harvest of opportunities is looming large in Central Pennsylvania? Hit the big city and try to stock up before winter really kicks in!

Every Sunday until Christmas the Baltimore Farmers’ Market and Bazaar is open for business from 7am until noon. Dozens of vendors peddling their goods draw a rather large and diverse crowd. And deservedly so. There’s excellent offerings for all tastes. But the kicker is, it’s held underneath the Jones Falls Expressway, a major artery pumping traffic into Baltimore’s downtown and harbor area! A few seconds of street are closed off and business is done while vehicles travel on the bridge overhead. And if the sun is shining, there’s excellent light and shadow to play with under the bridge and on/off ramps.

My main objective today was try to catch hands making a transaction. The exchange of money for product. I wanted to try something different, focusing on the hands. It was a rather pleasant late fall day and the market was packed, so I wandered about looking for the right opportunity. I came up on this area and spotted the older woman about to buy some produce from the young vendor. As I lined up a shot, I realized I missed the money exchange. But just as I was about to pull the camera away, the young man gave me the eyeball from behind the leafy greens. It was like eh was trying to hide behind them! Camouflage! Snap and done! 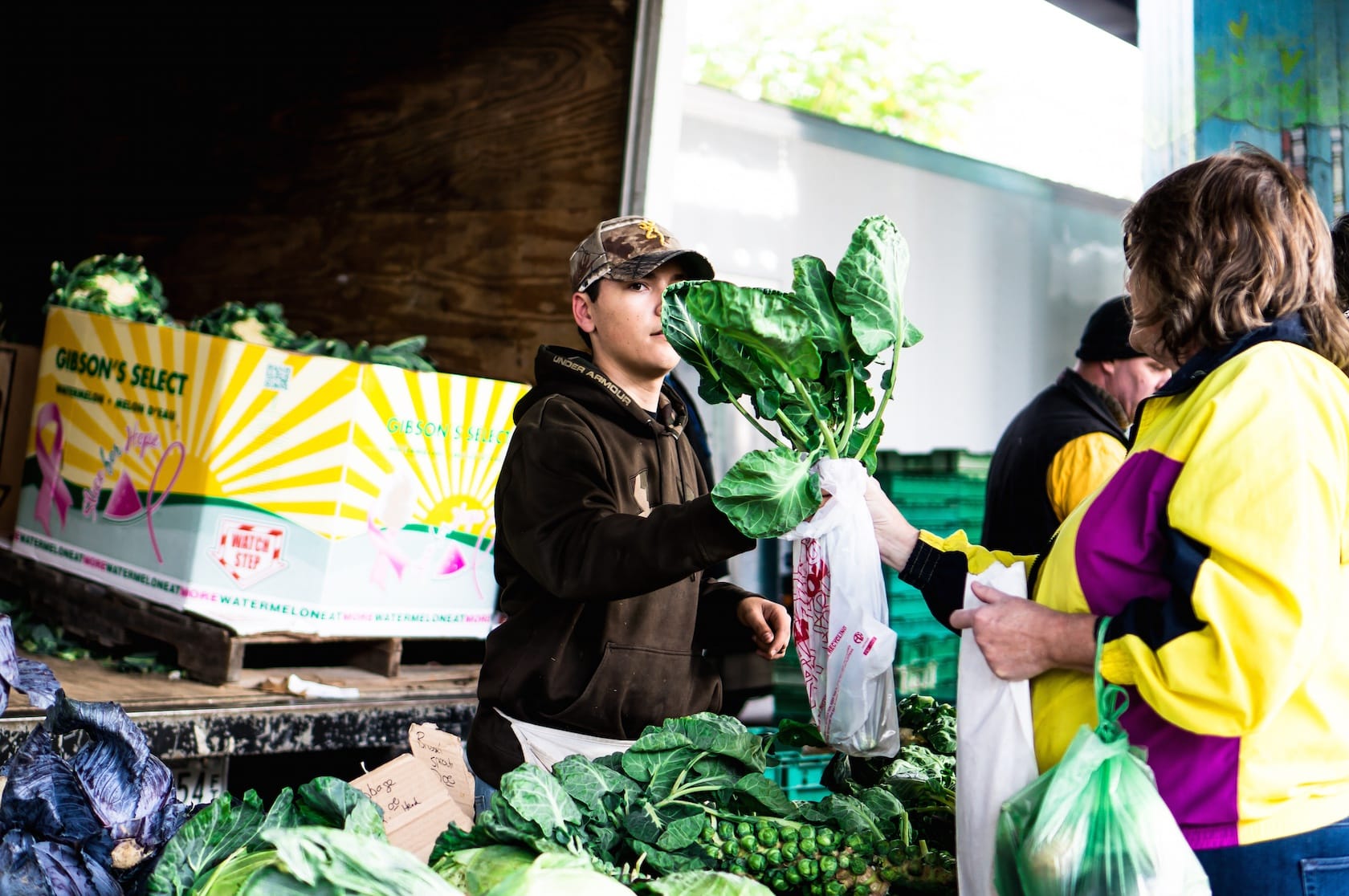