This is a photograph that has been shot with a Yashica Electro 35 GTN with Ilford HP5 400 film pushed to 800 ASA, in Rethymno, Crete, Greece.

I enjoy shooting with film because I get results that I like out of the box, without having to spend nearly any time editing. I might crop slightly, or level a photo, but that is all. The film and the development process does all of the aesthetics “look & feel” work for me. Each film emulsion has its own uniques properties and produces its own unique results depending on how it is used. This shot was push processed or as say simply, pushed. That is a technique that allows the Street Photographer to shoot photos one, two and sometimes three stops above normal. So a Street Hunter using a 400 ASA film, could shoot it at 800 or 1600 or even 3200 ASA and develop it accordingly (to push it) to get viewable results.

This photo here has been shot and developed using this process. I used Ilford HP5 that is 400 ASA as mentioned before and I shot it at 800 ASA. Then I push processed it, increasing the development times. This gave me a highly contrasted night photograph, nicely exposed without using flash.

During the summer this girl stands by the door of her jewelry (hence the name of the photograph) shop like this every night. I had spotted her many times just standing there looking at the people passing by. It intrigued me that she seemed so static, night after night. Come to think of it, I could have made a project out of her! Repeating the same pose on different nights. Oh, I might do that next summer. Anyway one night, the night of the photo, I decided to snap her and to add her to my collection. I wanted to make sure though that the composition would be interesting, so I deliberately added the left bit into my frame to give the sense of isolating my subject even though she was standing next to a crowded street. I thought that if I kept the street out, the photo’s feeling would be different, more like a posed portrait.

Anyway, this was the first ever film I pushed and until I actually developed my film I was uncertain if any photo on the roll would scan well. Luckily for me the whole roll turned out ok and I got a few keepers, one of them, being this one. I remember I was very happy with what I got. 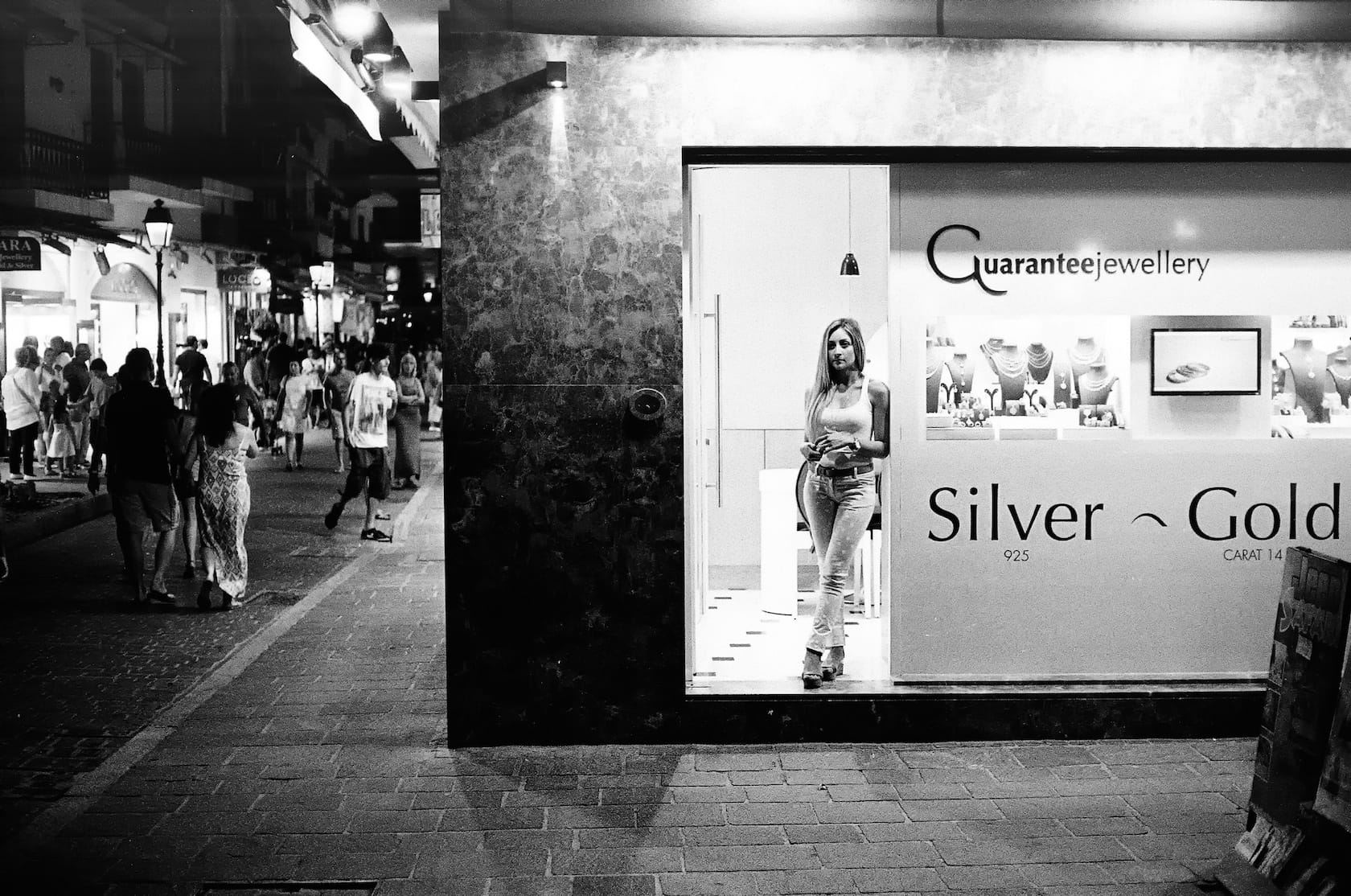