This is a photograph that has been shot with a Sony NEX-6 and a 20mm pancake Sony SEL20F28 lens, in Rethymno, Crete, Greece.

One of my favourite times in the day to go shooting when I am in Rethymno is early in the morning. The light is totally different and it gives my little town a whole new perspective, as if I am seeing it through different eyes. Photography is all about the light. It can make a boring location look interesting, it can make an uninteresting character look amazing and can work the other way around too.

I made this photograph one early morning in April 2014. I had walked past this street at least a thousand times before, but I had never seen the light work it’s magic on the building you can see in the photo. I was so fascinated by the light and the reflection of it that I just had to make capture it. When the first person walked by I was stunned at what I was looking at. I didn’t press the shutter release. I just looked. I saw a man walking, becoming a silhouette that was casting a long shadow from a reflective light. I was amazed at what I saw. So I decided to wait for someone else to walk past. Rethymno is a small town. People are in the streets in April but not as much as they are during the summer months. Also, it was early, so I waited quite a bit. After a while this man walked by and I took the shot I had previously taken with my eyes only.

When I finally got around to editing this photo in June 2014, I couldn’t decide if I wanted it to be in B&W or colour. But after seeing both versions, I soon discarded the monochrome version. So here he is, “Shadowman” in colour. 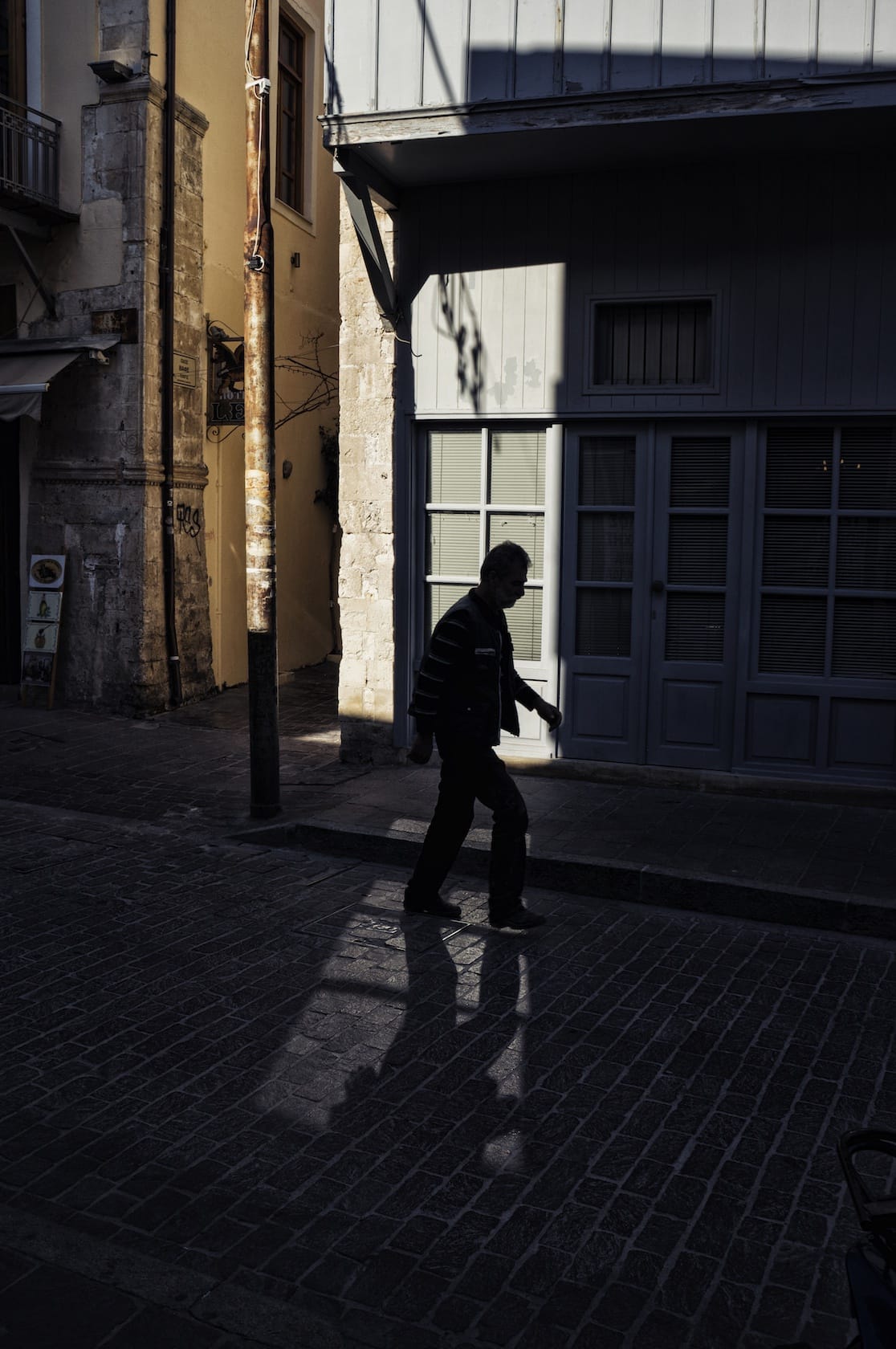