Fells Point is a great place for a quick Street Hunt in Baltimore. When the weather is fair, this gorgeous, historic (est. 1763) waterfront neighborhood is congested with locals and tourists. And with good reason. It’s rough and rocky streets are lined with bars, shops and restaurants. In fact, it has the highest concentration of bars in the city. On spring and summer weekends, Fells Point embodies what I like to call a “target-rich environment” where I can practice “value-oriented hunting”. Simply meaning, I get a lot of bang for my buck all within a few block radius. It’s really a goldmine for working on candid portraiture skills.

However, on my last stop there, I had picked the wrong day. It was a Sunday, early afternoon, and the hometown NFL team, the Baltimore Ravens were playing at home. The streets in Fells Point were quiet and had little action. It was chilly, as well. The bars, though crowded with patrons waiting for kickoff,  had closed their doors and windows. I scoped the scene and decided to just have a seat near the water and relax before driving home.

A cab pulled up, parked along the curb and this cab driver got out and sat a few feet away from me. He had what looked to be granola bars in one hand and was tearing into them. He was taking a break. I liked his style, so I moved around to line him up in the viewfinder. As I focused, he stood up, then I snapped.

He walked towards me and asked “you take my picture” in a thick, Nigerian accent. I said “yeah, man” with a smile. He then stuck out his hand, with his phone in it and said, “you take some more.” I said,  “you bet” and he moved back and began making some funny flexing poses. I snapped off four or five on his phone then showed him the one I took of him. “You send it to me,” he said and I took his email. We talked for maybe fifteen minutes after that. It was real, genuine conversation. He asked me about photography and I asked about where he was from. He told me how he was working to get his own cab and going to get the rest of his family to America.

I was prepared to go home disappointed, but I left happy and satisfied. One good shot and some quality conversation. I could live with that every day, for sure. 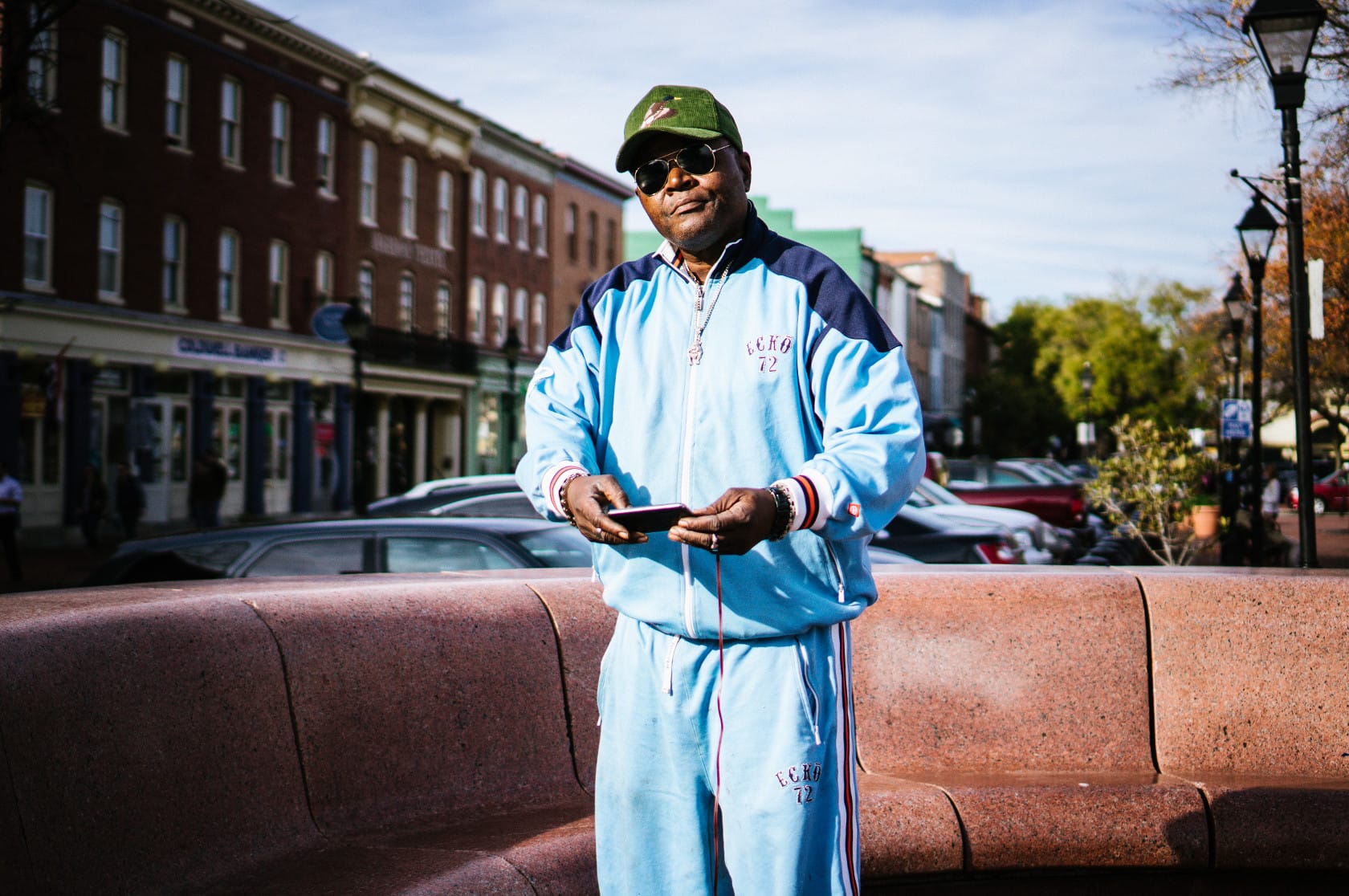