This is a photograph that has been shot with a Yashica Electro 35 CC with Ilford HP5 400 film, in Rethymno, Crete, Greece.

Following my last Street Hunter Photo that I posted a couple of weeks ago called “The Distinguished” I am continuing with another photo from this years elections. This time, I made this photograph with an analogue Yashica Electro 35 CC using one of my favourite B&W films, Ilford HP5 400. That film is versatile with a huge latitude, so I can push it and pull it as a please with great results. Anyway, the story behind this shot is as follows:

On the Sunday morning of the elections I woke up and got ready to go and vote. I had been absent of voting for many years, but I couldn’t leave things to chance this time. I had to vote. So, I went to this school building, here in Rethymno, that had been modified into a voting centre with many voting booths. I found my line and waited. I was voting at voting booth 8 and the line was long. I had to wait for at least another 15 people to do their thing before it was my turn. I had my Yashica strung around my neck, luckily I had 400 ASA film in it so I was looking for interesting pictures. I felt unlucky, because all I could see was unhappy faces, waiting in line. But then the line moved and I moved with it and stopped in front of the open door of voting booth 7. That is when I saw this lonely figure voting in that room. I just realised, then and there that this was a moment I had to capture. The light was just right, the elements of the photo were great and a story was being told. I had the camera in hand, I made sure to compose and frame as good as possible, I prayed to the exposure gods because I was shooting from a dark corridor into a room full of light and released the shutter! Long live film’s dynamic range! I got to see the results about a month later when I developed this in my studio. It felt good to see this picture again. 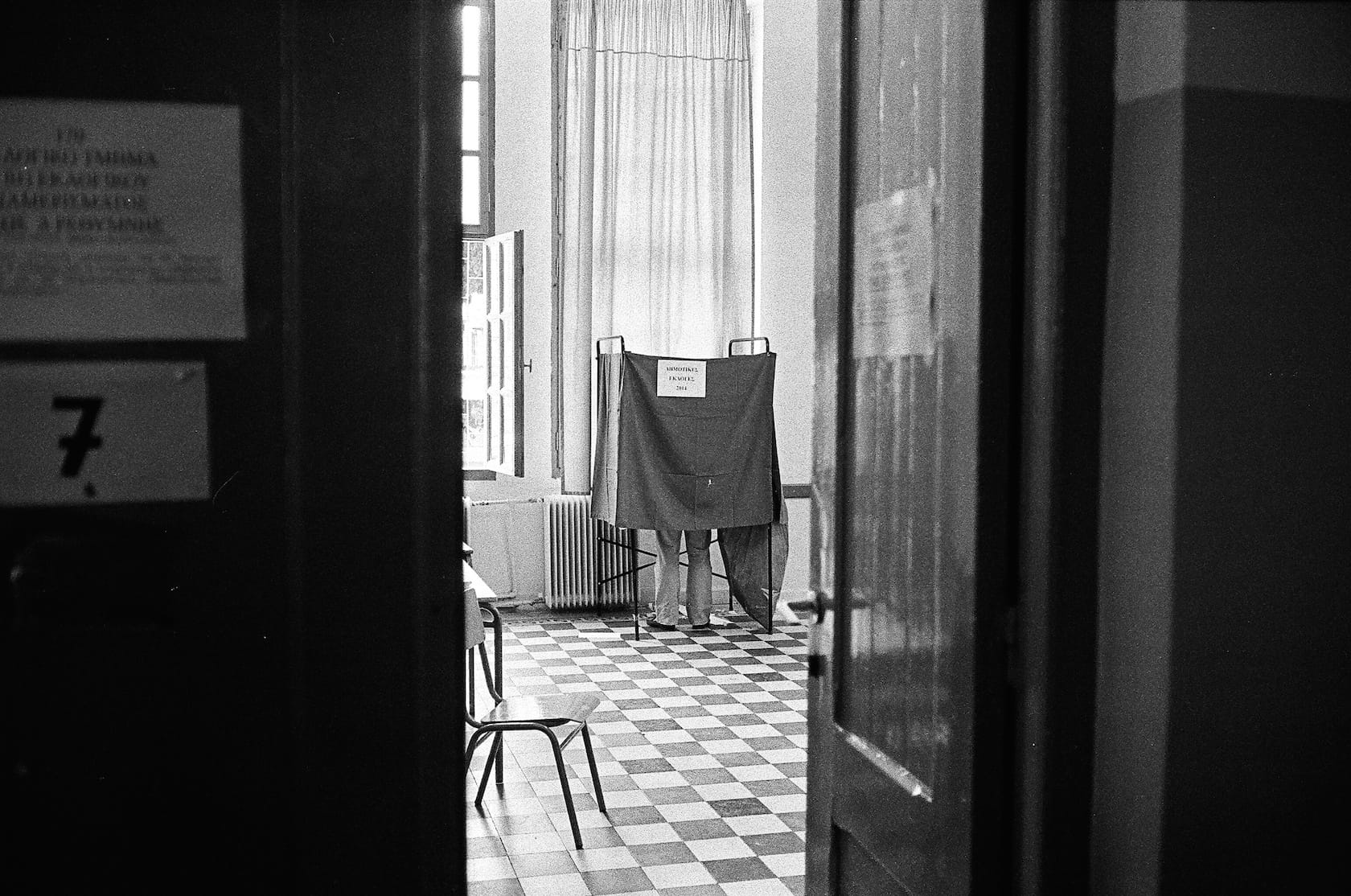