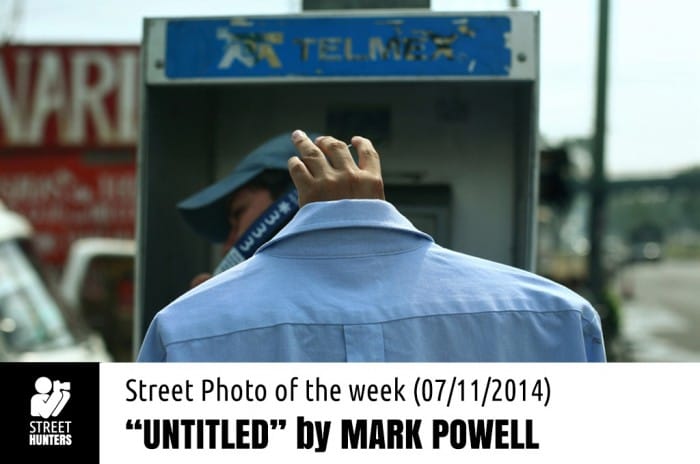 Street Photo of the week by Mark Powell

Mark Powell is an American Street Photographer from Detroit. At the moment of this writing he lives and works in Mexico city!

Powell is a published photographer and widely recognised for his work. He has published 2 books! “Very Important Person” in 2006 and the other one is freshly released and is called “Open at Noon”. His work has also been included in the must have “Street Photography Now” book by Thames and Hudson that was published in 2010. His photography has been exhibited in many countries, including England, Japan, Holland, Spain, Mexico and the USA, in galleries and prestigious museums.

In my opinion, Mark’s work is fascinating! Each one of his photos has a story to tell. Every single picture can be interpreted in many ways. All of them are smart and witty, just great to look at! He loves colours and from what I notice they play an important role in his compositions. He has a great understanding of light and composition that is apparent at first glance.

Mark Powell is a member of the iN-PUBLiC collective that includes many talented photographers such as previously featured “Street Photo of the week” photographer, Blake Andrews.

You can see more of Mark Powell’s photographic work on his website http://markalor.com/ and of course on his dedicated page on the iN-PUBLiC collective website at http://www.in-public.com/MarkPowell 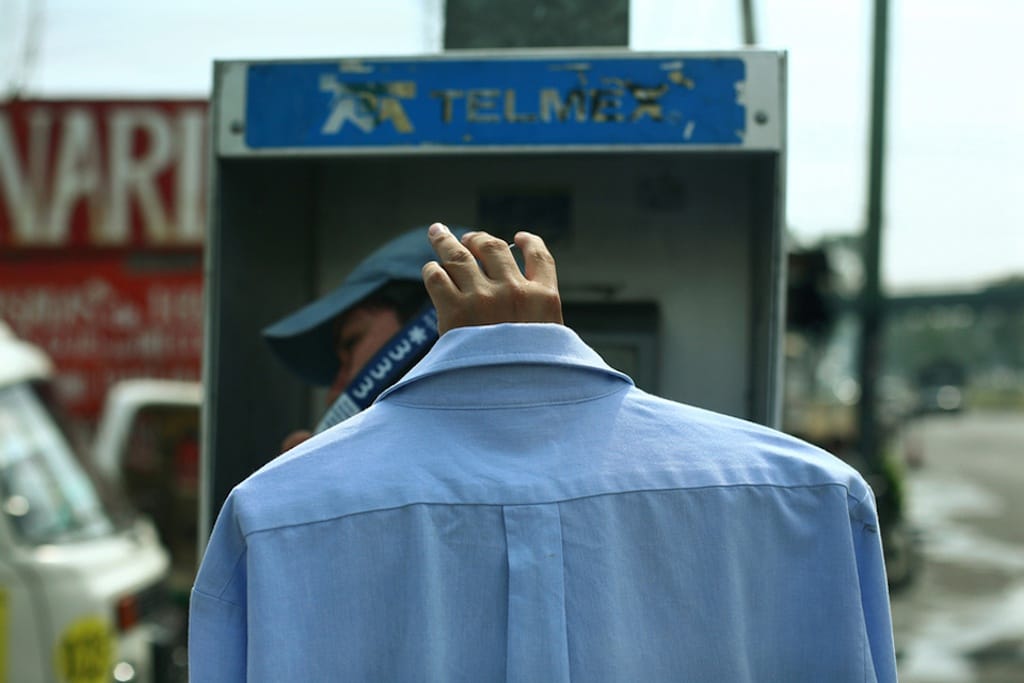 I just love it when I see photos that make me wonder. Photos that make me think at what I am looking at. Those are pictures that are indeed worth 1000 words and maybe more. Well, going through Mark Powell’s photos, I felt that I was captivated by each and every single image. His photos are just stunning. I had a hard task ahead of me! I had to choose a favourite to share with you! I had a great couple of hours looking at some of the most jaw dropping images I have ever seen! This man really has it. The eye, the wit, the pro-activity. The whole package. Just great photos. After a long but pleasant search I ended up with this one. At first glance one thinks that a hand is wearing a shirt and is just standing there in front of a telephone box, or that a man with a hand as a head is standing there. After a few seconds one notices there is a head behind the hand that has been slightly blurred by the use of wide aperture. Perfect technique! That head belongs to the hand that is in turn holding a coat hanger with a shirt on it. The illusion here is so successful!