Street Photo of the week by Salvatore Matarazzo

Salvatore Matarazzo is a charismatic Street Photographer from Italy that lives and works in Viareggio, Tuscany. Since being a young boy, Savlatore has been very interested in photography. This is a passion that was passed on to him by his father. He was so passionate about the art that he stopped attending school to focus 100% on what captivated his interest more than anything in life. Photography. Since then he has worked as a photographer for magazines and newspapers. He shoots anything that interests him. Furniture, Interior decoration, Photojournalism and of course his greatest passion of all Street Photography. According to Salvatore himself:

“Street photography is definitely my calling and the best way to express my personal skills and craft.”

You can see more of Salvatore Matarazzo’s photographic work on his flickr at https://www.flickr.com/photos/95787103@N07/ on his website http://salvatorematarazzo.wordpress.com/ and of course on his dedicated page on the Elephant Gun Collective website at http://www.750grain.com/salvatorematarazzo. 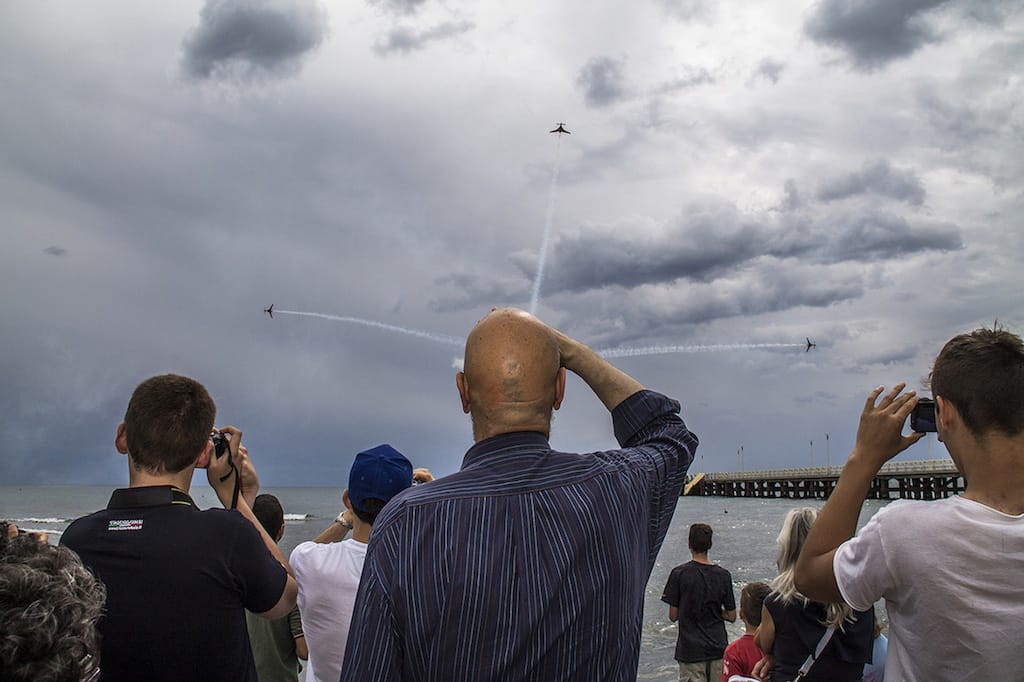 This photograph has been shot at Forte Dei Marmi in Italy as the title clearly states and in my assumption must have been taken during an aerial exhibition of some sort. One of those where airplanes do various acrobatics. Salvatore’s trained eye isn’t on the airplanes, or should I say not only on the airplanes. Everyone is shooting the glorious event, but Salvatore is looking for the photograph that will make the difference and well, he found it! As you can obviously see in the picture, he has managed to compose a unique, never to be seen again photograph of airplanes flying out of a bald man’s head! Amazing, truly amazing!