Home Masters of Photography Under The Influence of Marc Riboud

” My first reaction at the very idea of this interview was to refuse to talk about photography. Why dissect and comment a process that is essentially a spontaneous reaction to a surprise?”

This quote from the celebrated photographer Marc Riboud takes street photography down to it’s lowest common denominator. It’s very core, in my opinion. A spontaneous reaction to a surprise. Those words are simple ones on their own. But, when strung together, they define what makes street photography magical to me. What makes me love it so. All the talking, analysing, criticising and researching amounts to nothing if I can’t go out there and bottle that lightning once in a while.

Marc Riboud, now 91, is truly one of photography’s living legends.

Born in Lyon in 1923 in France, Riboud took his first photograph at age 13. After joining the French Resistance in 1943, he went on to study engineering. In 1952, he made the move to be a freelance photographer.

He then moved to Paris and there he met Robert Capa and Henri Cartier-Bresson. He became an apprentice of Cartier-Bresson’s and joined Magnum in 1953. An amazing career was underway.

Riboud first traveled to India, and this was the beginning of a lifetime of extensive travel in which he photographed some of the most important people of the twentieth century and some of the most important moments in time. After India, he traveled to China, capturing images from before and after Mao’s Cultural Revolution. Riboud would go on to visit the USSR and Africa.

One of his defining assignments came in the late 1960’s when he went to Vietnam during the war. Incredibly, he shot in both North and South Vietnam. But Riboud was more than a war photographer. His lens found an incredible amount of prominent figures of the last century. Mao, Castro, Churchill, Salvador Dali, John Lennon and Paul McCartney, Jean Paul Sartre, Indira Gandhi and even the infamous Klaus Barbie were all captured by Riboud. And that only merely touches in his catalog.

Riboud also captured everyday life and did it beautifully and with great joy. He captured it everywhere. Our humanity celebrated in an image. Pure street photography.

Riboud would eventually become president of Magnum in 1976 and retired from the post a mere three years later.  As always, I urge you to investigate his glorious and vast body of work for yourself. 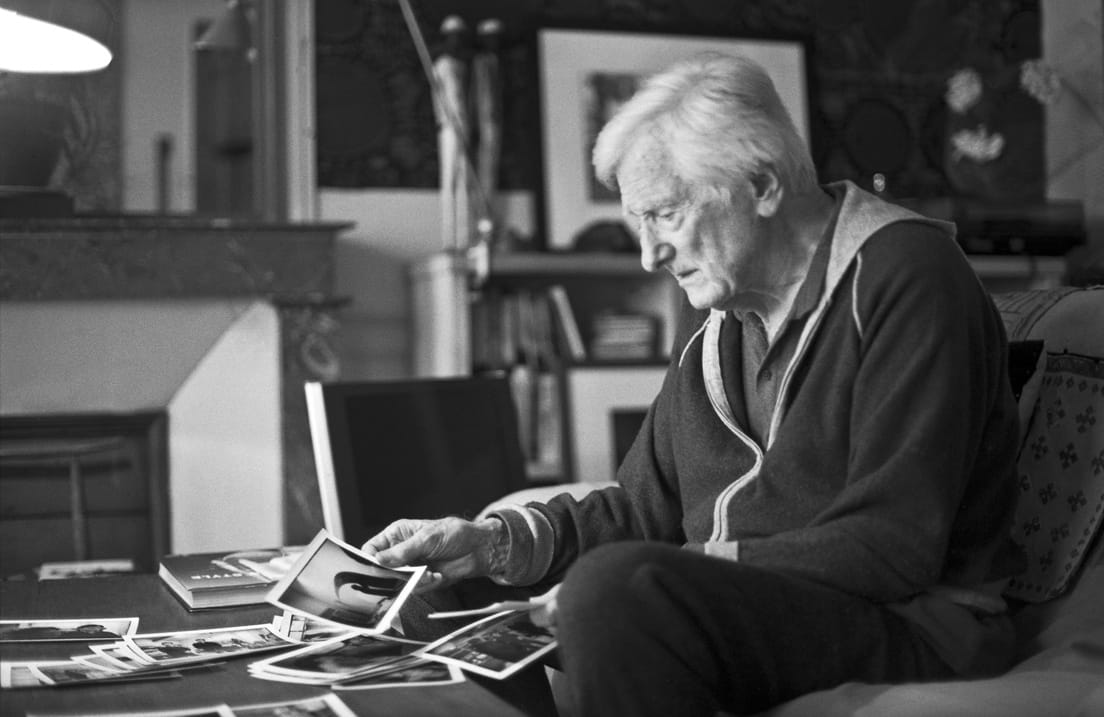 So, how did he influence me?

“Taking pictures is savouring life intensely, every hundredth of a second,”

Riboud has said. And that, is gospel.

That being said, and after reading about Riboud and looking at his work, it became obvious to me that I wasn’t savouring life intensely. That I wasn’t drinking life’s sweet nectar through the lens.

I had been obsessing too much over perfection. Over sharpness. Over how I had hoped others would perceive my work. And with that obsessing, I sacrificed the pleasure that brought me to photography in the first place. I was losing the true joy that street photography can bring.

Riboud loved photography, no doubt. But he loved life more. Riboud was able to find the sometimes elusive balance between technical skill and passion.

In Riboud’s more personal, more intimate shots, I can sense a connection. Empathy. The subject seems somewhat closer than in other’s works. In a sense, more human. And that takes more than skill and an eye for reportage. That takes love. A love of life.

“Doubt always hovers nearby, but I take photographs the way a musician hums. Looking is like breathing. So when luck turns my way and offers me a good picture, joy is surely nigh,” Riboud said.

Looking is like breathing. That’s the real mojo. I believe what Riboud touches on is the “zone” we can achieve while shooting. That Zen-like state. Photographic bliss. Where we are almost omniscient, seeing all around us. Eating up life’s beauty and snatching it in our photographs.

Of course, being technically skilled makes getting to that point easier, but I think it’s important not to lose sight of the wonder that brought us to pick up a camera in the first place. And that’s the beauty of the photograph. The joy that it brings us. The joy in creating it. Work hard at the craft? Of course! But be wary of the obsession. Be wary of it consuming the joy.

“Rather than a profession, photography has always been a passion for me, a passion closer to an obsession.”