Some months ago it was election period in Europe and everyone was going to political gatherings, events and conferences. During those days the streets were full of people, mostly two types of people. Young, loud demonstrators speaking their minds about how things are currently in Greece, that belonged to various parties with various ideas and also older people, “the distinguished” political figures or supporters trying to help the existing regime from crumbling. During my time in Athens back then I made photos of both these types of people as they represent the two extremes in my opinion. The new and the old. Today you get to see the old.

In this photograph I was walking across the streets of Athens with my camera in hand determined to photograph political gatherings and the people attending them. I found that shooting at the actual events was not inspiring, since everyone would pose for a photo as soon as they saw me, even if I was only holding my little Sony NEX-6. How annoying… So I decided to take a walk and check out who was coming and going, to catch them unprepared.

This is exactly what happened with this couple. The event they were heading too was only 10 paces behind me. I saw them approaching and loved the contradicting figures. The tall strong older man, confident about his ideas and beliefs, escorted by his rather small and fragile wife, who seemed bent towards his will, going to “one more political event” for the sake of her husband.

I had already zoned focused and the flash was set up to hit them with the amount of light that would make the background dark and fuzzy enough to make them pop out without over exposing them. It lasted a split second, or should I say 1/160th of a second! 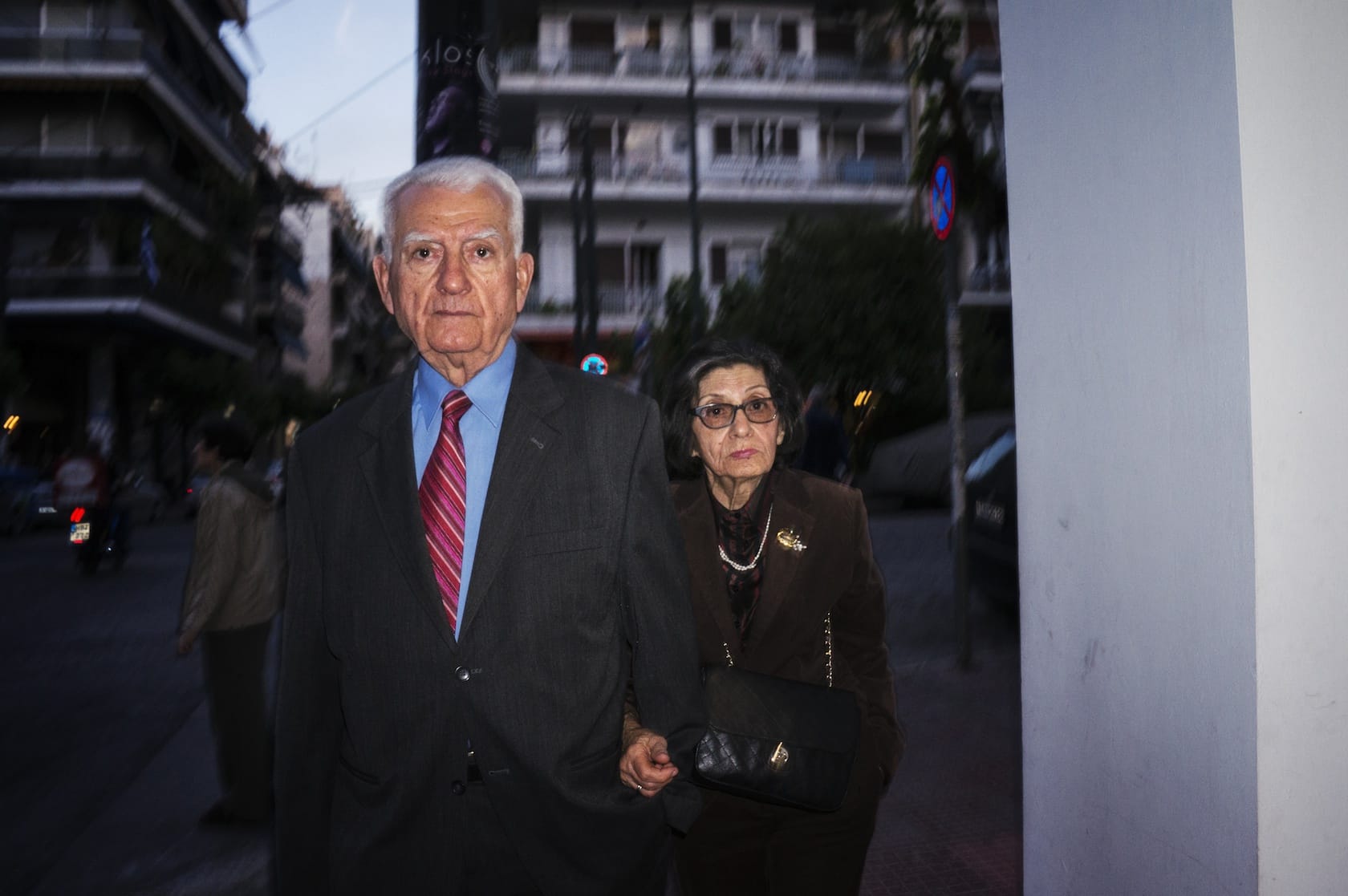