Home Masters of Photography Under the influence of Dorothea Lange

The intersection of art and photojournalism is a glorious destination. Where the observer straddles the line between creator and reporter. Equal parts artist and journalist. As street photographers, we share a common skill that resides in that intersection. The skill is that of observation. To snatch away that moment from time, we must keenly observe. Observe like a photojournalist. Like we’re covering a story. But the skill of observation is also what gives us the media to “paint” our picture. Observing and the camera is our paint and canvas. Being able to really “see” is the first step in capturing a great image. Great observation skills, whether you’re a “natural” or someone who’s acquired them, sharpen with experience and tell us not only how to see the image before we take it, but tell us when and where we should take it. It becomes part of the process. How long to wait. Move or stay still. It all becomes instinct through observation. That being said, to be a good street photographer, we must be, to some degree, good social observers. And in the twentieth century, there was no better social observer than Dorothea Lange.

Dorothea Lange (1895-1965), without a doubt, was one of the greatest photojournalists in history. So much so that her work forced socio-economic action.

In 1918, Lange started as a portrait photographer in San Francisco. At the onset of the Great Depression, Lange took to the street. She captured life on the streets of a broken, beat-down nation. Her work was exhibited in Oakland and drew the attention of her future husband, Paul Taylor. Taylor used an image of Lange’s in the social science journal, Survey Graphic. Taylor and Lange would then go on to work for the California Emergency Relief Administration to assess and photograph the situation of agricultural labourers. They documented the exploitation of the migrant labourers.

Their work resulted in essays featuring photographs with captions and quotations from the subjects. The powerful images of the horrible conditions the workers lived in resulted in funding to build camps with decent housing for the workers. This work would eventually lead to Lange working for the Resettlement Administration and then the Farm Security Administration. She was hired as field investigator/photographer. Her work for the FSA, along with other greats like Walker Evans and Gordon Parks, have become a normal treasure.

Lange would later give up a Guggenheim Fellowship she was awarded to go work for the government’s War Relocation Authority during World War II. For that agency, she documented another dark periods of American history, the forced evacuation of Japanese Americans into internment camps. The Army impounded most of her images.

Lange’s work ethic was amazing and inspiring. I urge you to investigate for yourself. Also amazing is the fact that she was stricken with Polio at age seven and left with a permanent limp. She passed away at age 70 from oesophageal cancer. 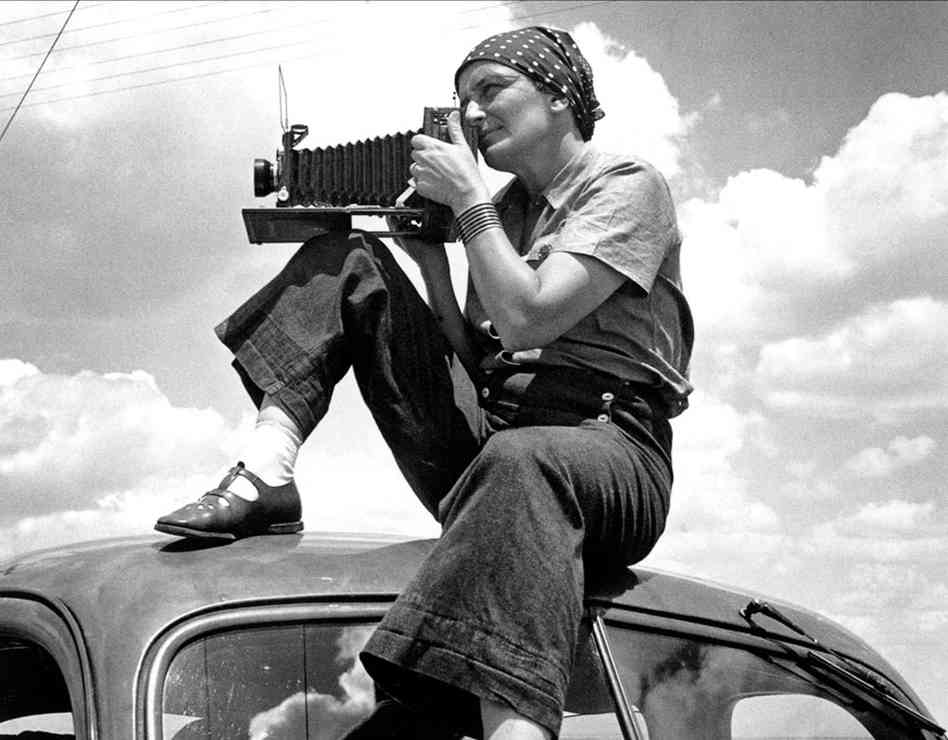 Dorothea Lange’s first job title with the federal government was “field investigator, photographer”. In fact, that’s what street photographers are, to a degree. And I think that’s an amazing job title. And I want to be that. All the way.

Field investigation. Think about it. We observe our fellow man in the real world. Living. Moving. Interacting. We document. We report. But, after digesting Lange’s work, and her incredible story, I find myself wanting to take my work to a higher level.

“Seeing is more than a physiological phenomenon… We see not only with our eyes but with all that we are and all that our culture is. The artist is a professional see-er.”

After chewing on that quote from Dorothea Lange for some time, it helped me to see something new myself. There’s more to street photography than a pretty shot. More than good luck and great timing. More than the “sidey” or finding the perfect balance of shadow and light.

Like Lange said in the quote, I want to be a professional see-er.

Applying social observation skills, I believe, will help push my street photography harder. See the interaction between subject and aspects of our culture. The effects of class, environment, relationships, religion and race. Really, it’s about trying to make my work more important.

By making the work more important, it also means making a bigger impact. Not necessarily forcing social change, but exploring who and what we are. How we interact or are acted upon. Documenting who we really are and not just taking a pretty picture.

It’s a big idea, for sure. It’s an idea I’m eager to explore and see how it plays out. It could be a total failure, but the initial leap into street photography could have been as well. But, it hasn’t been. It’s been a continuing journey and an incredible learning process. In reality, exploring street photography has helped me to see better than ever. I see better with the camera in my hand.