This shot was taken with the SONY NEX and the native SEL35mm f1.8

Sometimes you just get lucky…

Baltimore is my favourite place to shoot, and I try to get there as much as possible. I go on hunts there about a dozen times a year. It’s so much bigger and more vibrant than the cities near me. And, it’s packed with characters!

In early August, I took a quick trip to the Inner Harbour while the Okaton convention was going down at the convention centre. Okaton is a three day convention celebrating all things anime. Specifically, it celebrates East Asian popular culture and it’s fandom. Talk about a feast for the eyes. Over 100,000 attendees over the weekend. And, from what I saw, most were dressed in character.

I took a handful of shots, but this beautiful girl with white hair and white “costume” caught my eye. 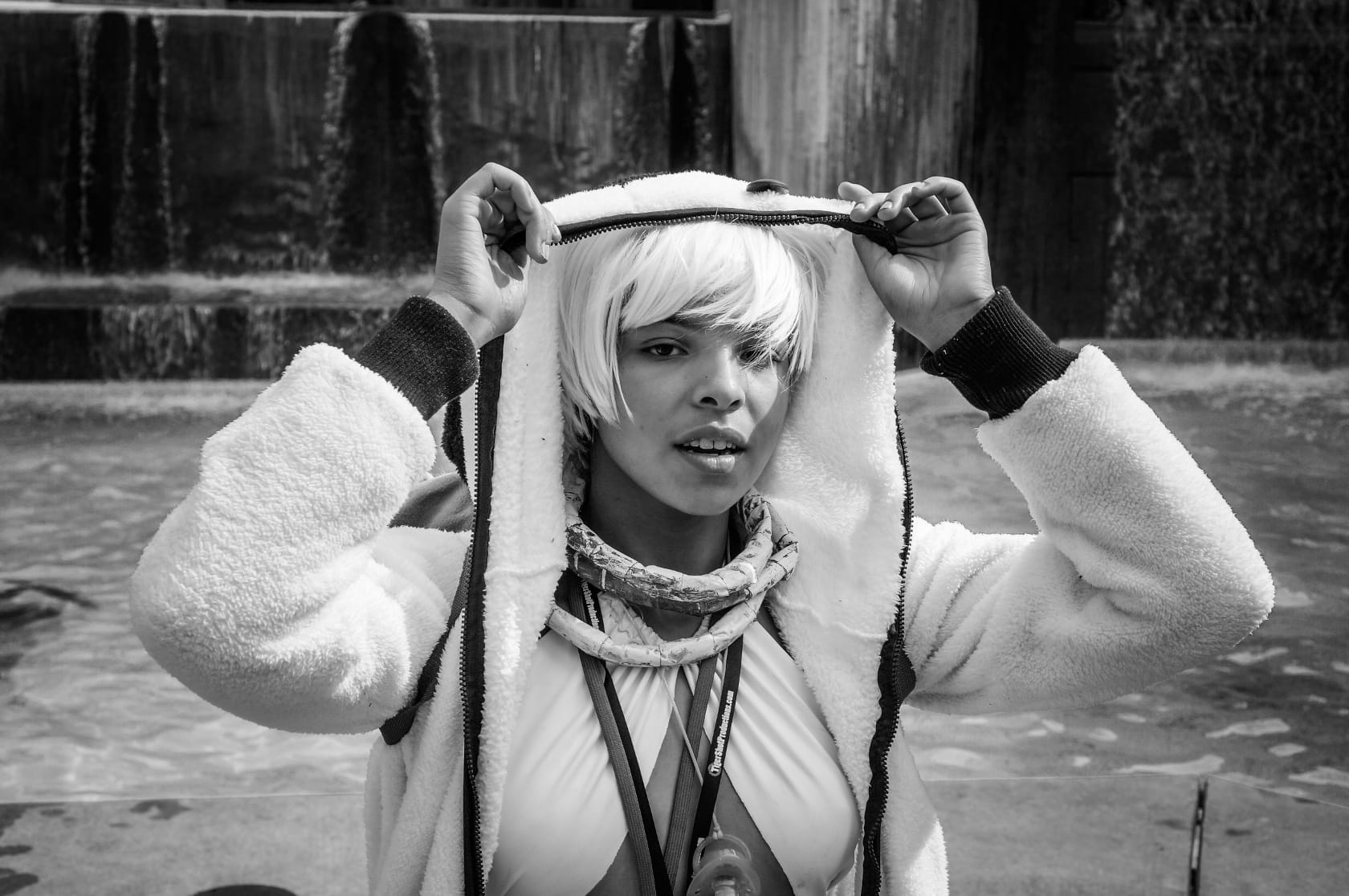 As I framed her up squarely in front of the waterfall/fountain structure, some passer-by blocked the shot. When they passed, she was turned away. I waited a few seconds and moved closer. Payday! I snapped her as she turned back around while pulling her hood up. Her lovely face, with a mildly intrigued expression and slight smile made me feel like a fashion photographer when I went back and looked at the shot later. Best shot I took all day and probably the best all summer.