Street Photo of the week by Fabrice Balossini

Fabrice Balossini is an artist from Paris, France. He draws, paints, photographs and makes photo montages. During his youth he lived in Rome, Italy and got influenced a lot by great artists he met, such as Fellini Francesco Rosi and writers Alberto Moravia, Italo Calvino and Luigi Malerba. Fabrice studied under huge names of modern art and has since learned many wonderful techniques that he now applies to his paintings and his photography. Since 2006 his characteristic work has been exhibited and discovered by collectors and connoisseurs. From 2007 and onwards, Fabrice has been passionate about Photography and has made some amazing photographs and photo montages that are worth taking a look at.

You can see more of Fabrice Balossini’s photographic work on his website at http://www.balossini.com/. 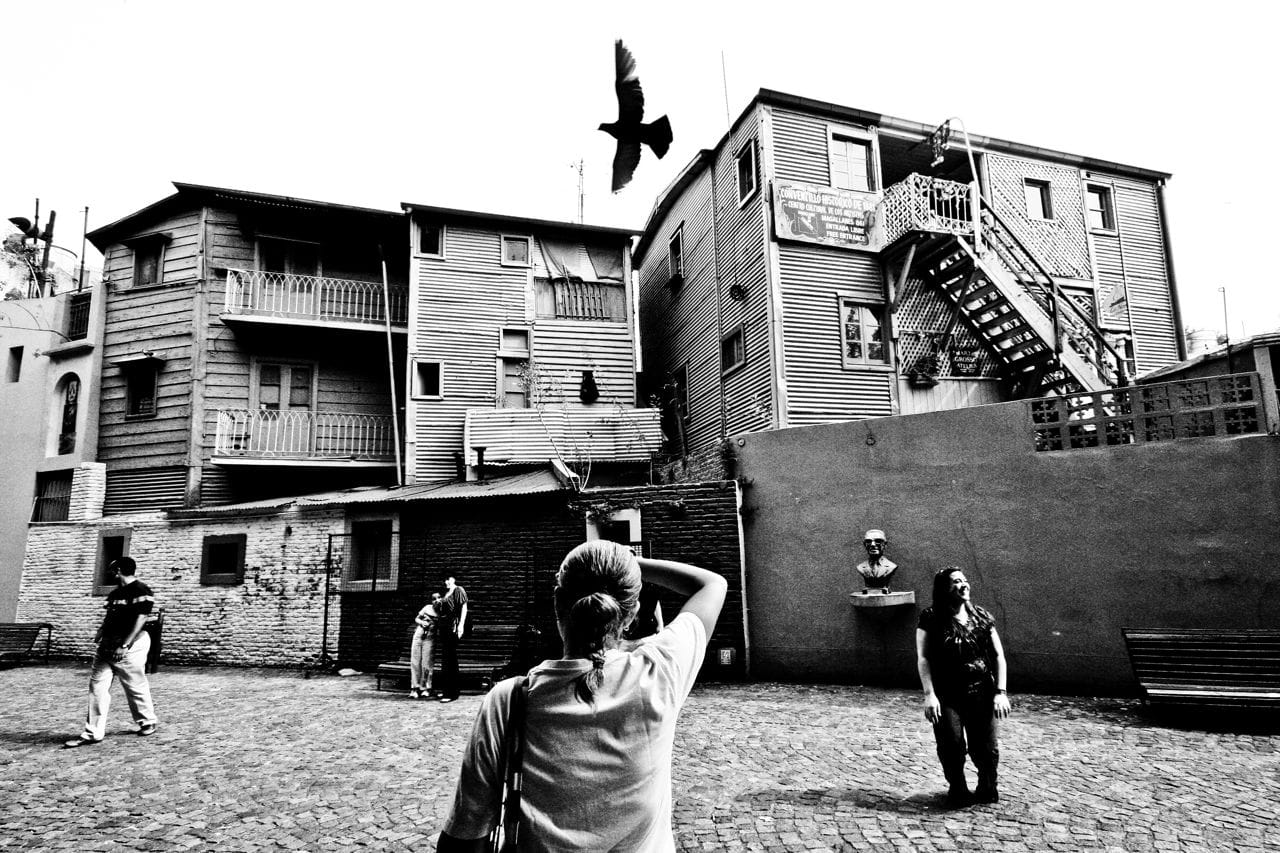 Fabrice Balossini made this shot when he was in Latin America on one of this trips. Obviously shot with a wide angle lens,  everything is happening in the middle of the photo. That doesn’t mean that the rest of the elements don’t play a part in this great composition, on the contrary, without them the impact of the middle elements would not have been so strong. What I see here are at least 4 triangular connections between the people on the sides, the main character that has it’s back turned to us in the middle and the bird on the top middle part of the photo. I see vertical and horizontal connections between the composition characters and of course as I mentioned at the beginning a nice focal point made by the central vertical that starts from the back of the lady in the middle and goes all the way up to the bird. One more thing that I find interesting is the layout of the buildings. Of course Fabrice had no control over that, but it still adds to the composition and he has managed to capture the bird in the largest gap between the buildings.