Home Masters of Photography Under the influence of Bill Brandt 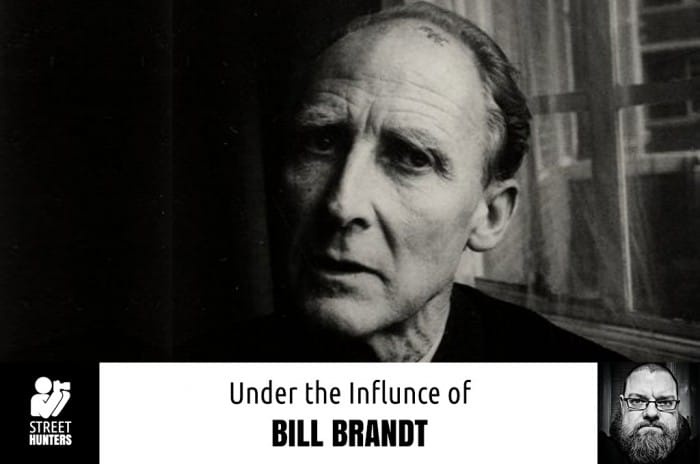 Hitting the wall. I don’t know about all of you, but I know some of you have been there, too. It’s the point where you just run out of mojo. When the juices are reduced from a steady flow to a trickle. Or worse yet, a full stop. String together a few fruitless Street Hunts, and the wall can be easily hit. It’s a most discouraging and frustrating time. The camera waits. Eager for you to feed the mojo into it, but it’s just not there. I get it. Bored with my work, I struggle to get out of the funk and end up more frustrated. But now that I’ve hit the wall a few times,  I’ve come to the realisation that it’s ok to put the camera down and do some research instead. Find a master and dig in. Don’t just look at their work, get in their heads. Read about them. Find out what gave them their mojo. Learn what made them tick. I’ve found this process helps to turn the focus on myself and my creative drive. At best, it may push you. The least it will do is make you more critical of yourself. Either way, you don’t lose and, you get some great history along the way.

Bill Brandt (1904-1983) came as much needed kick in the pants during a recent funk. Brandt is regarded as the most important British photographer of the twentieth century, and after viewing his work, there is good reason why. After a study of his images, I believe Brandt was equal parts magician and photographer. From his work on the streets of London, to his surrealist-influenced nudes, Bill Brandt produced images that have become timeless.

Bill Brandt, like one of his influences, Eugene Atget, began making his name in Paris. In 1930, he worked as an assistant to Man Ray, and was in the thick of the surrealist movement. This had great impact on his work, like the later nudes mentioned above.

Brandt explored social contrasts early in his stellar career, with his book, The English At Home. He also had work published depicting the harshness of life in the industrial area north of England and London during the blackouts at the beginning of World War II. Later, in the 1940’s, he immersed himself with portrait and landscape work. His awe-inspiring Perspective of Nudes work was published later and demonstrated his surrealistic influence. Bill Brandt could photograph anything and photograph it beautifully. He was, without any doubt, one of the greatest artists of the twentieth century.

So how did Bill Brandt influence me?

After reviewing Bill Brandt’s images and various biographies, I realized the breadth of his skill. But most impressive was his journey into the surrealist style and this made me realize that there’s more than just the shock and awe aspect of street photography for me to explore. There’s artistic avenues I’ve yet to travel.

“In my portraits I try to avoid the fleeting expression and vivacity of a snapshot,”

I believe this can be applied to street portraiture, which I’m so very fond of. There’s more to explore with just this one sub-genre of street photography. Not necessarily surrealism, but any number of different artistic approaches. Brandt, in a somewhat roundabout way, has me rethinking portraiture. It can be more than just “raw”, though there is beauty in that. It can be done more artfully. Different approaches. Different techniques.

“Photography is still a very new medium and everything must be tried and dared… photography has no rules. It is not a sport. It is the result which counts, no matter how it is achieved.”

This quote from Bill Brandt resonates because it is liberating. Screw the rules. Specifically, the rules and the constraints I’ve placed on myself and my own technique. These limitations stifle artistic adventures and inevitably induce the dark periods. The funk. The hitting of the wall.

At it’s core, this thing that we do, is art. It can be social commentary. It can be photojournalism. But, no matter other categorization is applied, it’s still an art form. Brandt’s beautiful work has helped me to realize that I must embrace that fact and explore nuances that I either failed to explore or chose to ignore.

What artistic styles? What touches? I cannot answer that yet. I just know it needs to be explored. Maybe something as simple as less bokeh (I do love me some bokeh with street portraiture). Or more experimentation with light and shadow. More close-ups of physical features. More shooting wide. More romanticism.

I think with artistic liberation, the wall doesn’t have to be the stopping point. It can be plowed through, again and again. Inspiration fuels the liberation, and as long as there’s other artists, that resource will never dry up.