Home Masters of Photography Under The Influence of Khalik Allah

In doing this series of Under The Influence, I’ve been simply amazed by the works of the “masters”. And by “masters” I refer to hallowed names in photography, particularly street photography. Some living, most passed on. While busy poring over these greats and their works, it easy to lose sight of this: there’s masters working right now. Young, vibrant, and destined to be legends as well. Out there, now, on the streets and breaking rules. Blazing a new path. Shaking things up. And these men and women are doing work that simply should not be ignored. One such photographer is Khalik Allah.

We here at StreetHunters are passionate admirers of Allah’s work. His work has been featured as one of our photos of the week and, most recently, Khalik participated in one of our Hangouts. For me, his work is beautiful, powerful and, at times, poignant. But that really is an understatement.

Khalik Allah’s work, for a brief period, made me want to give up photography. Honestly. It’s *that* good. It’s *that* powerful.

Now you may think that’s absurd. A naive thought from someone who has no confidence in their ability. To a degree, it is. But there’s something to be taken from such an absurd notion. Something quite valuable. 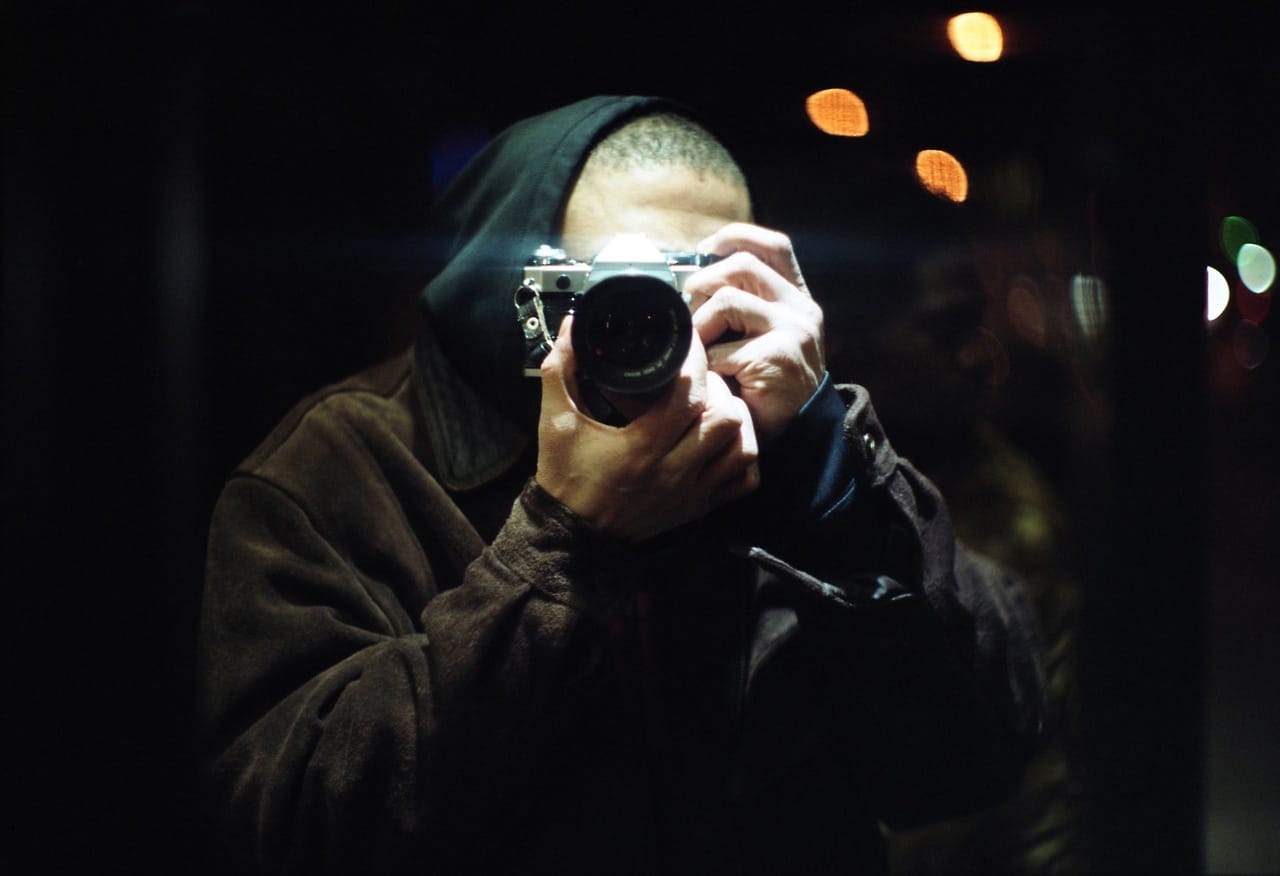 But first, a little background on Khalik Allah.

Allah is a recent member of the mighty Elephant Gun Collective, but he’s been making noise in the photography community for a little while now. His background is in film (a documentary he directed featuring Popa Wu and the Wu-Tang Clan is slated for a November release), and he’s been shooting photos since 2010.

The images of Allah’s that thoroughly shake me to the core come from one location, the corner of 125th and Lexington in Harlem, New York. These are portraits. Portraits shot at night with available light from storefronts, streetlights and signage. Portraits from a part of the world I know so little about, even though it’s only about four hours away.

The cultural and racial differences between that corner and my corners are significant. This is not lost on me, and I’m aware that the differences are part of my “attraction” to his work. For example, I’ve seen drug addicts. But have I stared into their eyes and asked them for a portrait? No. But the draw is also the portrait work itself. The darkness mostly wraps the subjects, and the light, from whatever source, provides the connection for the viewer. The work is truly gripping. Like a moth to a flame, I’m drawn to it. Empathy. Sympathy. Curiosity. All those feelings, emotions, come to mind. Allah manages to establish a connection to you, to me, the observer. And this can only be accomplished when the photographer himself has established that connection.

I mentioned earlier that Khalik Allah’s work made me want to give up photography. Even though that thought only lasted a few minutes, or maybe a few hours, I cannot ignore that it happened. It happened for a reason. And that reason is because I lack confidence in my ability.

But why? Why the lack of confidence? I’ve produced what I thought were some pretty decent images. Some photographers I respect liked them. So why?

Allah’s work is so compelling not just because of his subjects, but because of what he puts into it. From an outsider looking in, absorbing the work, it’s obvious there’s there’s a magic there. An elusive combination of amazing subjects, an artist’s eye and a fantastic skill set.

And also take into account that the work is happening now. It’s not in books. Not in marble-pillared museums. But right now.

This can be intimidating. I found it intimidating when I looked back at my work. I was disappointed when trying to stack it up against Allah’s work. But, I realized this is the wrong approach. As foolish as it gets, really.

But it’s a gut-check. An inspirational one, but still a gut-check. Allah’s work made me realize that I have a long way to go. However, after some thought, I realize I’m on the right track. And it reinforces these things that need to be done: Work harder. Put the hours in. Keep learning. In short, be disciplined.

This thing we do, it’s not a contest. It’s not a competition. It’s about expression. A desire to create. Or to deliver a message. Great work, current or not, should be inspirational. It should drive you to be better. Not question your confidence, but push you to build it. To reinforce it.

Allah gave me a wake up call, though. The lucky shot doesn’t cut it in the long haul. They’re few and far between. Confidence is built through consistency. And consistency comes from practice.

Excuse me while I go shoot.