I’ve wrote about a few great photographers who have not received the acclaim and notoriety they richly deserved until late in their lives or after they’ve passed. John Gutmann and Vivian Maier are two examples. Our compassionate nature is quick to view this as a shame. A crime. But, the reality is… it necessarily isn’t. Sure, you can say they were denied or cheated of the riches and the fame that comes with critical and public acclaim. But, on the same note, you must also say they were free of the burdens and trappings of fame. Being popular, being famous, is not for everyone. It is not necessary to them. What’s necessary is satisfying their incredible urge to practice their craft. To be the artist they absolutely need to be. To answer their own calling. Eugene Atget was such an artist. Atget (1857-1927) left this world with little biographical information, but he did leave us with his stunning images of Old Paris. Atget did not practice photography until the 1890’s. Prior to that he was an actor and in the military, and it’s not really known why he got into photography. It is known he was also an amateur painter. Somewhere around 1890-91 he opened his own studio as a commercial photographer, selling prints to painters, sculptors, engravers and the like. He did landscapes, flowers, monuments and animals. In 1898, Atget changed his focus. He began documenting Old Paris. This would consume him for the next thirty years. At the time, Paris’ pre-revolutionary architecture was being threatened by it’s modernization program. He photographed Old Paris’ architecture and it’s ornamentation. The wet-plate images he produced had a dreamy, ethereal feeling but they also provided great detail. Atget  mastered using light and shadow to showcase the magnificent architecture. Atget sold his photographs to the Commission des Monuments Historiques, which was dedicated to preserve images of Old Paris in the face of modernization. He also sold prints to libraries, archives, scholars and publishers. In 1920, he sold 2600 images to the government. 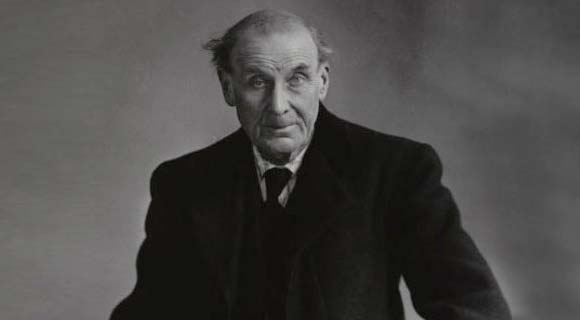 Atget, as far as we know, had no gallery shows, no exhibitions. It was only because of a neighbor that his work was brought to the rest of the world. That neighbor was the one and only Man Ray. Man Ray had a studio close to Atget’s. He met Atget, bought 50 of his images and reproduced them in a surrealist journal. Man Ray spread the gospel of Atget amongst his circle. Bernice Abbott was the biggest promoter of his work. Within a year of his death, his work was included in two shows. Shortly thereafter, Atget was receiving the acclaim he deserved, but never sought. His work was published, the critics wrote about him and his status as a founding father of modern photography was firmly put in place. It should be noted that within Atget’s work, there is early examples of what we call street photography. Specifically, his shots of brothels, prostitutes, street trades and artisans.

At first I was going to write about how Atget mastered light and shadow. But as I further studied his images, a stronger message was delivered. Atget was a romantic. He loved Old Paris and it was re-reflected in his work. For thirty years, documenting Old Paris was his passion. Yes, he eked out a living from his photographs. But without his love for the old city, this probably would not have been possible. Atget poured everything he had, artistically, creatively, into his calling. Atget never sought the limelight, it only found him after his death. There is no doubt the world, and, specifically, photography, is better off because of it. But how does his romantic nature, romantic style, affect me? The path to finding one’s own style has to be illuminated by love in some fashion. In our work, surely there’s a love for photography. But finding what we truly love about that helps to define the path. Atget’s beautiful work made me question what I love about street photography. Do I know what I really love about it? Am I a romantic like him? Street Photography is not my full-time gig. It is, however, my passion. What free time I have, I joyfully devote to it. It’s still a new adventure, but as I reflect on what I love about it, a certain thing becomes clear. I love people. And, to be specific, I love capturing them in a way that’s meaningful to me on some level. An emotion. A look. A style. A position against a background. An act. Everything we are.

At this very moment, my love is that. And I feel that I am a romantic in my love of capturing us. I believe Atget’s love of Old Paris provided me with both the question and the answer. Is this carved in stone? I don’t know. Street Photography is still new to me, still fresh. But I do know I love capturing us humans, and I’ll continue doing it. And as I improve my skills and evolve, I hope my love is evident much like Atget’s was. All the likes, the plus one’s, the re-shares, etc., seem empty in the bigger picture when I think about it. But like I wrote before about Vivian Maier, it’s about pleasing yourself. To have recognition is wonderful, no doubt. To have recognition coupled with your love, your passion, is even more wonderful. Atget made me realize this simple fact: do what you love, and you’ll love what you do.