Home Masters of Photography Under The Influence of Robert Doisneau

Art, like life, can be way too serious. Street Photography is no exception. Personally, I’ve found myself too wrapped up in trying to capture the “decisive moment”. Or, maybe worse yet, pressuring myself to seek out that compelling subject or composition. This can be a dead-end road for any street shooter. It can be lost on us that life and our practice of street photography, is also really a comedy of errors. Life is lived through lessons we’ve taught and, hopefully, learned from mistakes we’ve made. Street Photography is much, if not exactly, the same. But life is not just a comedy of errors, it’s also just a comedy. We, as humans, are playful creatures. We joke, we laugh, we kid around. We do silly things. We wear silly clothes. And if you think about being a Street Photographer, well you also realize it really is a fool’s folly. Think hard about that! Maybe war photography could be more unpredictable and/or dangerous, but street photographers are the foot soldiers on our everyday streets. A bold analogy that can be debated, for sure,  but we are the “boots on the ground” documenting, capturing everyday life. Capturing and documenting life… truly a fool’s folly and an incredibly tall order! And some brave Street Hunters may choose to put themselves in “hairy”situations in order to get a stark, grim or chilling shot. But most of us walk on well-paved streets. Walked on and paved by people like us… common folk. Being human, being playful. For this week’s Under The Influence, I’ll be taking a look at the master of being playful and one of the early masters of Street Photography , Robert Doisneau. Come along, let’s lighten up a little.

Doisneau(1912-94) is widely regarded one of the pioneers of street photography. He began taking street photographs in the late 1930s after a stint as advertising for the French car manufacturer, Renault. However, his foray into street photography was interrupted by World War II. He was drafted by the French army and served as a soldier and photographer until 1940. Afterwards, he used his skills to forge passports and identification posters for the French Resistance until 1945. After the war, he signed on with Vogue as a fashion photographer, but he really preferred the street. The 1950s saw Doisneau at his peak on the streets of Paris. His most famous photograph, Le baiser de l’hôtel de ville (Kiss by the Hôtel de Ville) was featured in Life magazine in 1950. The iconic shot came to symbolize young love in Paris. But Doisneau’s street work in Paris had a most playful side as well. 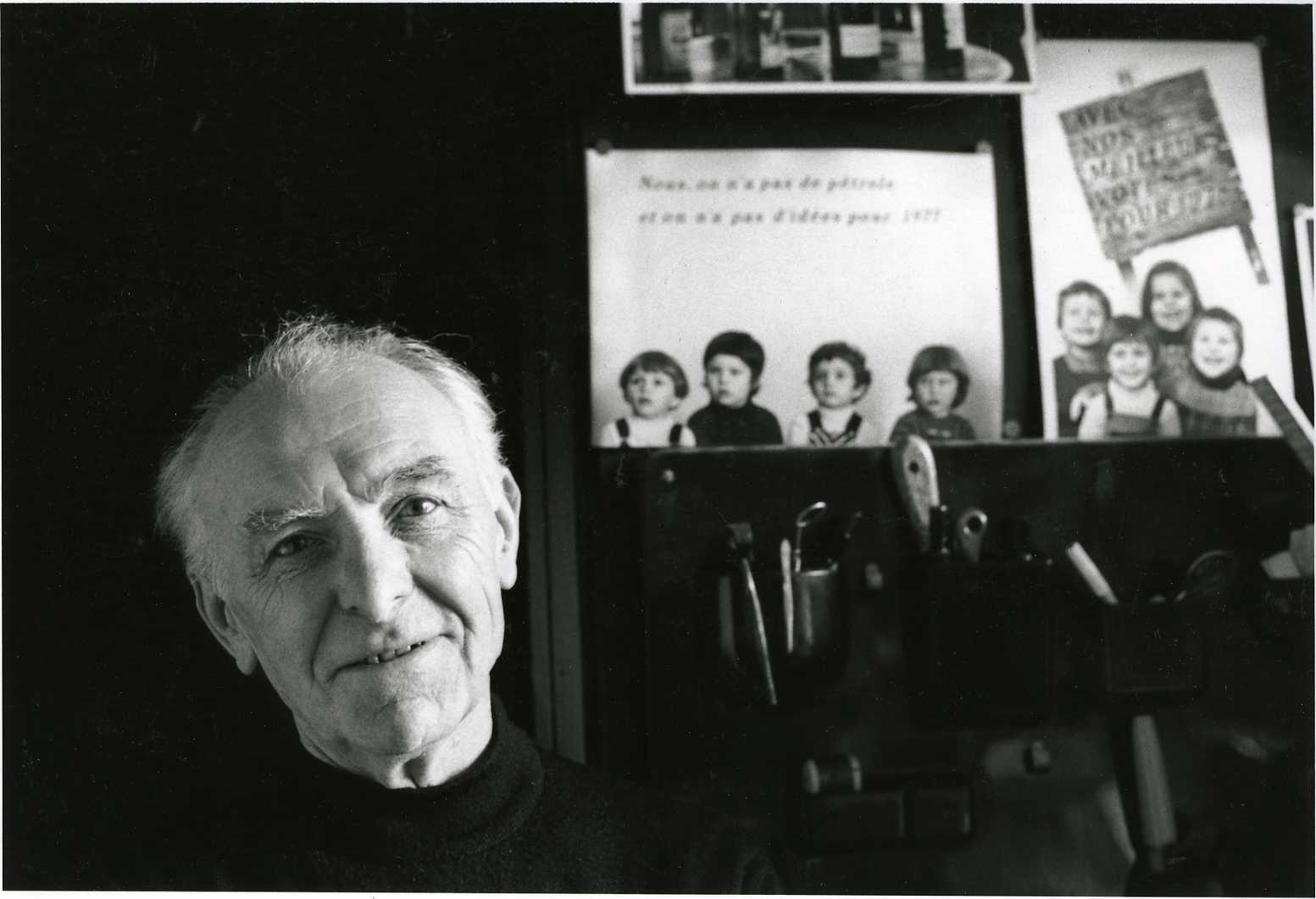 Doisneau lived to catch moments of whimsy, of everyday amusement. His images not only displayed the beauty of Paris, but also celebrated the joy often hidden in the shuffle of our days. Children playing, people laughing, couples kissing… are just some examples. A search of his magnificent work will easily explain the lighthearted feeling.

Doisneau loved to walk the streets and mix with the people. He was not above them, acting like a photographer, but amongst them. This is clearly evident from one of his famous quotes:

” I like people for their weaknesses and faults. I get on well with ordinary people. We talk. We start with the weather, and little by little we get to the important things. When I photograph them it is not as if I were examining them with a magnifying class, like a cold and scientific observer. It’s very brotherly. And it’s better, isn’t it, to shed some light on those people who are never in the limelight.”

Beauty. Not just the unquestionable beauty of his photographs, but the beauty of our lives. The simple joys that we too often overlook. The kiss. A laugh. Holding hands. An awkward expression. A game. A woman’s graceful stride. A worker enjoying a cigarette break. All these little magical components of each and every day that are all around us.

Doisneau helped me to realize that beauty is not just what makes the eyes happy, but it’s what also feeds the soul. More importantly, he made me realize that it’s everywhere, waiting to be captured, treasured and then shared. Perhaps this is best reflected in another great quote from this master:

“The marvels of daily life are exciting; no movie director can arrange the unexpected that you find in the street.”

Sometimes I find myself taking street photography too seriously. It’s greats like Doisneau that bring a gut-check that’s absolutely necessary. You can be passionate about what you do, but realize it is not the end-all. There’s joy in what we do, and there’s joy to be found and captured. There’s beauty. There’s beauty to be seen and beauty in what we do. Doisneau saw that and was able to show us via his incredible work. Understanding that not only lightens my heart, but widens my eyes. There’s more out there than that amazing composition waiting to be captured. There’s us. Beautiful us.

And that makes me reflect on the original Street Hunters mission statement, now one year old:

“Street Hunters like us, start seeing things in another perspective. We become vigilant, prone to details and curious about everything. We see beauty amongst ugliness and evil amongst beauty. It is like someone removed the blinds from our eyes.”