With Magnum to recommend him to the British authorities, Koudelka applied for a three-month working visa and fled to England in 1970, where he applied for political asylum and stayed for more than a decade. In 1971 he joined Magnum Photos. A nomad at heart, he continued to wander around Europe with his camera and little else. 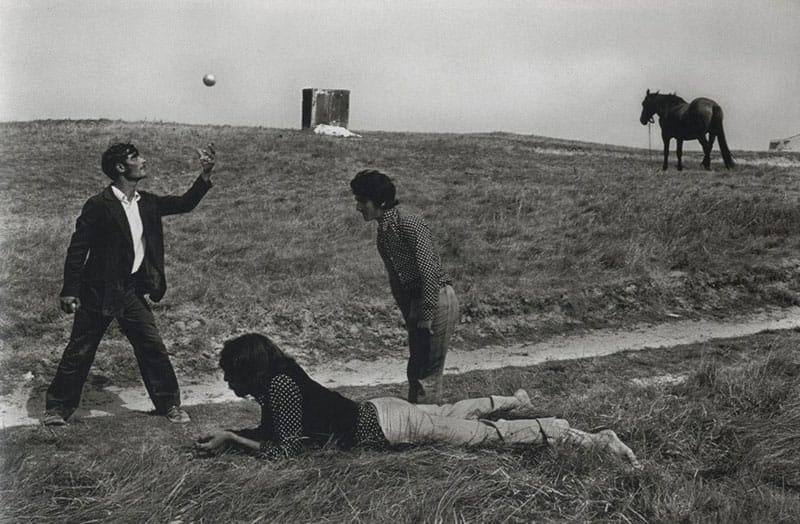 This simple but absolutely stunning image is so finely balanced you can almost hear a pin drop. Marrying darker tones together, with spots, activity, with rest, the ordinary with the exceptional, Koudelka transforms a couple of guys, a horse and the landscape into folklore, forcing the viewer to ask question about who, what, where, when and most of all why? Beginning your journey through the image the guy in the centre, bent at a crooked angle watches the ball thrower who reveals the guy lying down which leads to the horse and finally to the hut/building on the horizon. Image over? No. The ball leads you back down into the guy throwing it , who leads to the guy on the floor , to the horse, to the hut on the landscape. This cyclical journey reads like a poem, a folk tune and endless moment of ordinary filled with the beauty of life. It’s untitled. it’s your story.