Home Masters of Photography Under The Influence of Diane Arbus

Let this quote sink in for a minute:

“I always thought of photography as a naughty thing to do — that was one of my favorite things about it, and when I first did it, I felt very perverse.”

That quote is from Diane Arbus, and I think it nails what the thrill of street photography is all about squarely on the head. Shooting street is a rush, and if we’re being honest with ourselves, a naughty one at that. Pushing creepy, voyeuristic analogies aside, the nature of street photography could be considered slightly criminal. We are stealing from our subjects when we work candidly. We’re stealing moments, expressions, emotions, positions and movements. But, it is not with malicious intent. At least for me it isn’t. I “steal” to celebrate or to document.

However, detractors can legitimately argue against that defense. The anti-street folks can claim it’s an invasion of privacy, but I know the real deal and that’s what counts. I can even say, with a slightly straight face, that a street photographer can be viewed as a type of Robin Hood, stealing from the world that is rich in images and presenting them to the poor, unfortunate eyes that don’t see what we do. Lame excuse to justify my need to satisfy my street addiction? Perhaps. But, it’s true. Or maybe I’ve just told myself that enough that I believe it’s true! Never trust a junkie.

In studying Diane Arbus(1923-1971), that opening quote was one that stuck and drove me deeper into her work, and my own. Arbus was an amazing talent who left this world far too soon. She was, without question, one of, if not the most polarizing photographers of the twentieth century, and one of the most thought-provoking. Her quote above is just one example. 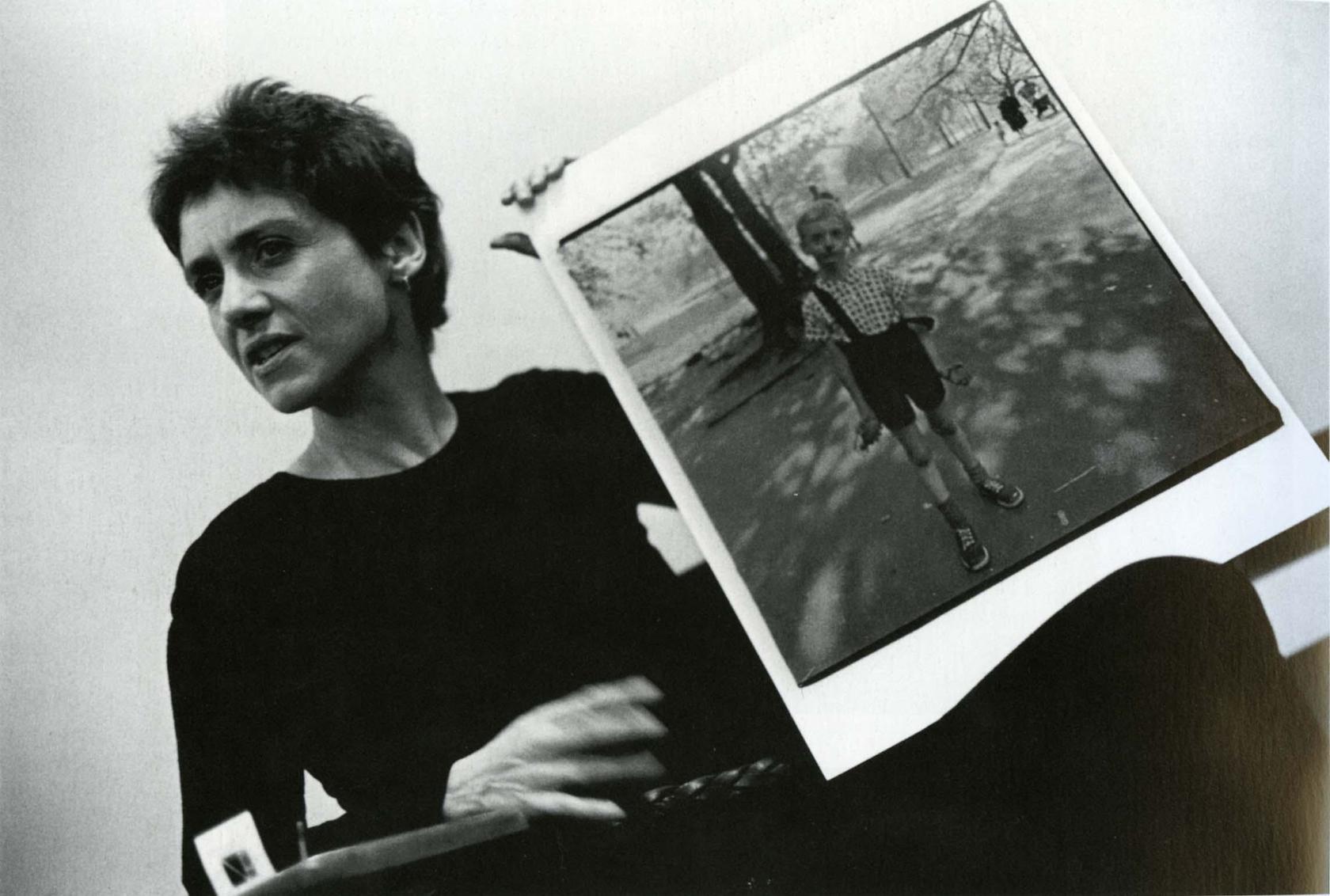 She began working in commercial/fashion photography with her husband Allan Arbus in 1946. She worked as a stylist, though, not as a photographer. Feeling limited by the commercial work, Diane struck out on her own as a photographer in 1956, and experimented with street photography. After her foray into street, she began working on the subject matter she is most known, praised and also chastised for: photographing the “unusual”. Her subjects included circus freaks, drag queens, eccentrics and the mentally retarded. These were not her only subjects, but they were the ones that garnered the most attention because of the controversial nature of the images. At the time, you can imagine how an intimate portrait of a transvestite could polarize the rather uptight art community. Some were so disgusted by her work that they would spit on her photographs. At a Museum Of Modern Art exhibition in 1965, the museum’s librarian had to come in early each morning to wipe the spit off the photos.

Diane Arbus’ fame grew in 1967 with the New Documents exhibit any MOMA which she shared with Lee Friedlander and Garry Winogrand. After this she also taught, but she was still plagued with being labeled a “freak” photographer. Even though she photographed more than just “freaks”, it was a label she could not shake. Diane Arbus was a tortured soul, struggling with depression. She took her own life in 1969.

So How Did She Influence Me?

Although many of her photographs could be considered shocking, especially for their time, that is not what had the most impact on me. Nor is it the quality of the photographs themselves. What influenced me the most is the intimacy and the closeness. To be specific, the honesty.

Perhaps, I’m over-thinking on a philosophical and cultural level, but this thought can be applied to candid street photography. Her influence on me has been powerful in the regard that I want to catch a moment, an expression or an act at it’s most pure.

Although Arbus mostly acted with consent from the subject, she formed her connection to get an honest, or true, portrait. At the moment, I don’t do much posed street portraiture, or portraiture at all. But I believe the concept of honesty has driven my candid work. I’m driven to not only get closer, but to capture a subject, while remaining stealthy, at a “moment”. These moments are hard to define, but it definitely harkens back to Henri Cartier-Bresson’s “decisive moment”.

But more than just the decisive moment, I obsess over the truly honest moment. The moment where the subject doesn’t care if anyone is watching or where they absolutely think no one is watching. A kiss. Eating a hot dog. Daydreaming. These are just examples, and again it is somewhat hard to define. To put it into words, is incredibly difficult.

It’s an expansion on the “decisive moment”, and Arbus’ images and words pushed me to become braver in capturing what I feel is an honest moment. Arbus, I know, was not the only photographer to capture people at their most true, but she was one that influenced me the most. So much so, that I would one day like to try portraiture myself. But until then, I’ll continue to obsess over the candid shot. I’ll seek those moments that we, as humans, take for granted. The ones where we’re truly vulnerable. The ones where we are ourselves. I’ll continue to steal them and share them with the ones who aren’t lucky enough to see them like I have.