Home Masters of Photography Under The Influence of Martin Parr

For this this third installment of Under The Influence, I’m taking a hack at one of the most polarizing active photographers today… Martin Parr.

Parr is best described as a documentary photographer. His big splash was made in 1986 with the publication of The Last Resort, a project spotlighting British middle class vacationers at the New Brighton seaside resort. The Last Resort had a massive impact in the photography world, particularly the documentary genre, which I consider street photography to be an offspring of. The book made waves because of it’s subject matter. Opinions divided on whether it celebrated or ridiculed the common man. People were not depicted in the most flattering light. The backgrounds were not always flattering either, with rubbish about. But Parr’s work also made waves with his decision to use colour film for the project.

Parr had worked in black and white previously,having a few books published, but The Last Resort marked his transition into colour, as he drew inspiration from greats like Joel Meyerowitz, William Eggleston and Stephen Shore. And what colour it was. Loud, garish, lurid all are terms that could be used to describe the colour used in his images. With his use of flash, coupled with cheap film, the colours were pushed to over-the-top levels of saturation. To me, the shots were made even more exploitive because of this.

Parr joined the elite Magnum Photo ranks in 1994, but not without resistance. It took six years for Parr to receive the two/thirds majority vote to gain entry. Henri Cartier Bresson was not a fan, describing Parr as “coming from another planet.” Critics also were split on Parr’s work, some slamming it mercilessly.

But Parr’s style gained steam with time and he has become very successful. Parr has even gone on to work in film, television and advertising. But Parr’s style still divides people… perhaps that’s the sign of a great artist?

Until I discovered Parr in my young foray into street photography, I only knew of the greats that worked in monochrome. I viewed monochrome as the standard. It was revered, respected. When I found Parr’s work, it hit me like a boxer landing a haymaker.

Once the initial shock of Parr’s style wore off, I realised it was the use of colour that struck a deeper nerve, for the majority of the world lives it life in colour. Why can’t I try to represent it in colour?

I began to try a different approach when shooting, looking at scenes in colour. When shooting for mono, I focused mainly on the subject matter itself and took light, shades and composition into consideration. With this change in approach I began looking at colors in a scene. I realized that colors could help “accessorize” my image or even be one of the focal points of the shot. I realized that color could be the story. I found working in colour to be a challenge that I quite enjoyed. 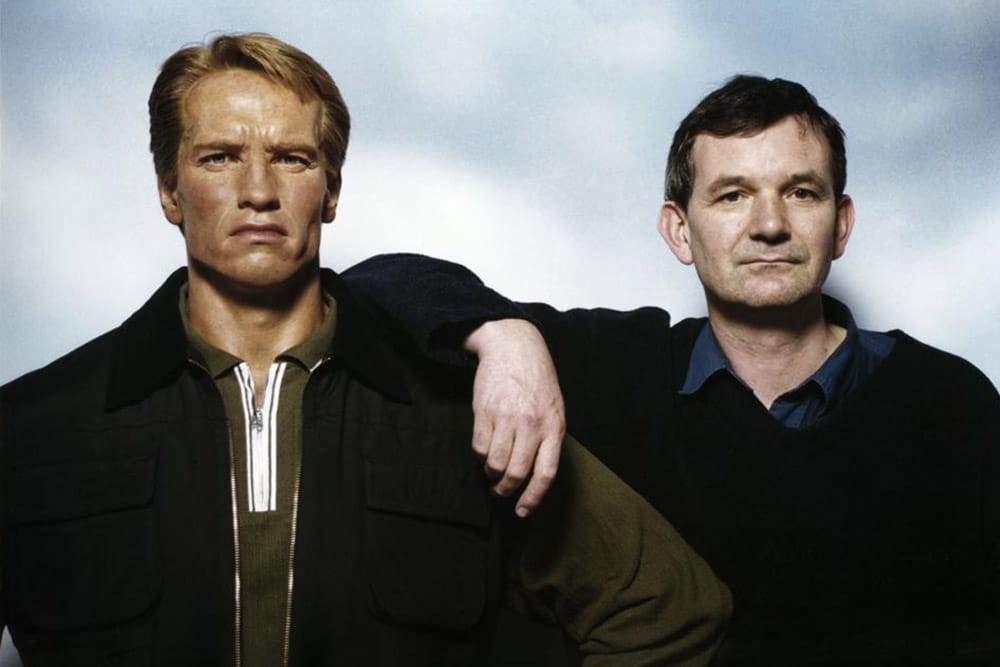 However, mono is still my favourite cup of tea. But, now I have the courage to shoot in colour. Really, it depends on the mood I’m in and what the situation gives me. It’s certainly nice to have options. I reckon it’s best to have your mind made up beforehand, whether to shoot mono or colour, when going out on a street hunt. But I’m not about following rules or specific guidelines and shooting digital gives me the flexibility to do both. Regardless, working in colour, I believe, it’s a necessary step in finding my groove… in finding my style.

I’m not crazy about all of Parr’s work, his style. I do enjoy a good bit of it and find the deeper social commentary intriguing. But I am a big fan of his decision to push the envelope when it comes to traditional thought in photography. And an even bigger fan of his use in color.