I think there is a lot of energy in the pose of the musician, and definitely one for black an white as the contrast between shirt and cap and shoes I think really works. I’m not a fan of vignetting as I think it breaks the audience’s ‘suspension of belief’ – in that I mean if the vignetting is spotted then the viewer feels post production has been applied and somehow a lie has been told through the image.

First and foremost I would always start with composition, that being RULE of thirds to see what’s on those points of interest and in fairness in this shot nothing of interest lands on one of those key image making points. To counter this I would ask myself ‘what is the key point of interest’ In this image definitely the musician but what part of the musician. Here it is the trumpet. Which part of the trumpet? The mouth end or the music playing end? Seeing as he is playing I reckon what’s coming out of his trumpet is most important and whether that is fixed to a third point in composition or cropped to that in post , I don’t mind either but it will give the image a point of focus. 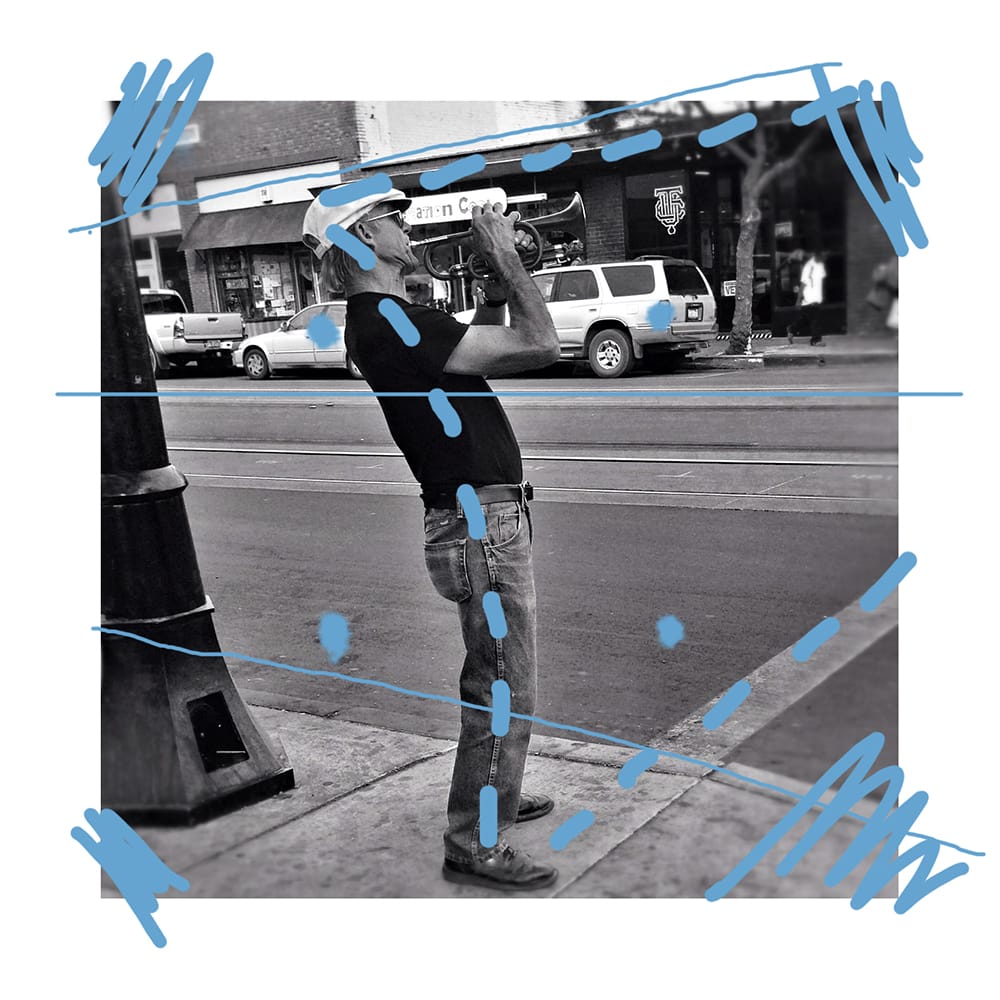 As for the total composition, and although sometimes nerve racking, we control only where we stand and when we shoot (Quote David Hurn) and with this being a street corner musician I feel there was ample opportunity to move around the subject and see if a better composition could be picked up. Musicians like having their photos taken 🙂

I am a fan of harsh tones but am aware some photographers aren’t so I think this shot has a lovely tonal range.

As I said in the beginning I like the idea of the image and moments of storytelling can override much of what I’ve suggested so in short my thoughts would be:

If you want me to go over my thoughts with you please don’t hesitate to contact me via the site!