NOTE: This is a Guest Blog post written by Anton Fortein for www.streethunters.net

It could be that deep down I’m a bit of a hipster, an old-school hipster. I’m certainly old enough (having been born before the moon landings) to remember a pre-digital time. A time before Windows NT 3.1 powered systems invaded the workspace, and commodore 64 consoles were a distant memory. And more importantly, I’m young enough not to be seen as an old fart who goes on and on about the ‘good old days’

It could be that I don’t earn enough money (or been given, won or saved enough) to afford a top of the range DSLR, or a mirrorless system camera. I do however have a few ‘old school’ mirrorless cameras… lovingly called rangefinders. Gone are the days of picking up a ‘like new’ YASHICA 35GT, but a few good deals on The Bay are still to be had.

It could be that I probably never really grew up, and still love tinkering with ‘stuff’ to see how they work. Having said that, I do have a couple Olympus Trip 35 cameras in their various constituent parts in a Tupperware container on the top shelf of my book case. I will say that the container is pushed far enough back so as not to catch my eye each time I pass by. But one day…

It could be that I remember the flash old photographs as they fluttered to the floor, having fallen out of an old musty smelling book. The book is an old copy of Alice in Wonderland published sometime in the 30’s. I bought this copy (for a tenner) at Any Amount of Books on the Charring Cross road. The photograph depicts a middleclass family outing down at The Serpentine in Hyde Park before the war. I love photographs! I know what it’s like holding an actual print, in this digital age. There is very little that can beat the bubbling joy felt when finding a hidden treasure! Yes, another nod to the little tomb raider inside me that never grew up. 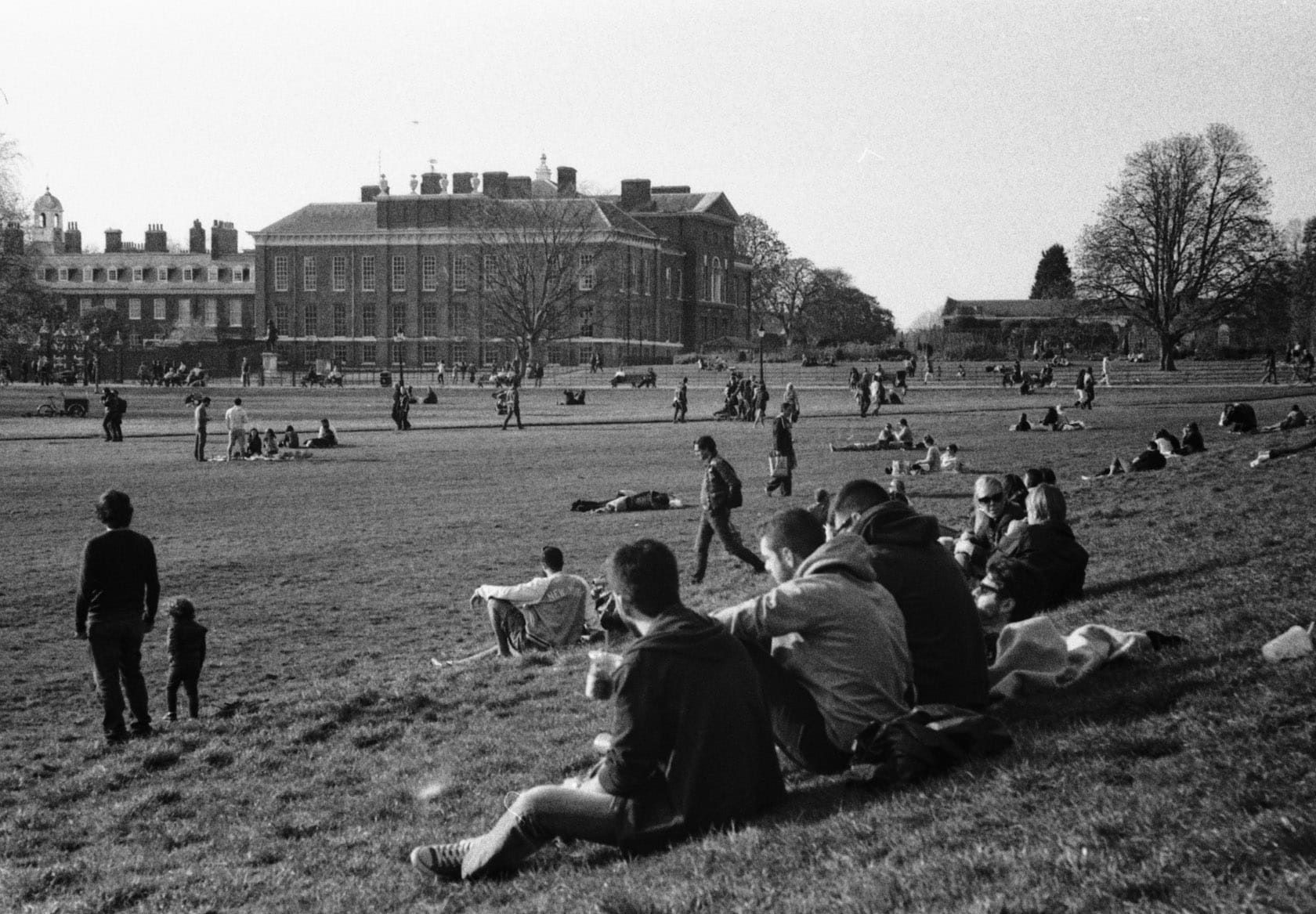 It could be that I have a keen sense of smell (as I would say) – “you’re just weird” as my mates would say. The smell of film and the whiff of the chemistry used for developing can never be ‘un-smelled’ and thank god for that.

It could be that as a result, I don’t really care for the shinny shinny… I like my old Leica iii. I don’t care which film stock I use… I use anything from HP5+ and TX, to FP4 and all the expire stuff I can get from the guys at the FFP in the states. I don’t mind where and how I develop my film… I use an old changing bag and process the film in my bedroom (very low tech) I don’t mind a bit of fluff on my images… So, I scan my own stuff on an old CanoScan 9000F.

It could just be that I like the images I produce with my low tech analogue setup. This is what the OED lists as the meaning of analogue – A person or thing seen as comparable to another:  ‘an interior analogue of the exterior world’  My low tech setup creates images and is a representation of the world as ONLY I see it. It is uniquely my view of the world, and how I feel about the world I see. And by sharing, I invite others to see life as I do…