Home Masters of Photography Under the Influence of Vivian Maier

As photographers, we’ve all been influenced by another photographer’s work. Their images stoked our creative fire. They spoke to us, awakening the very spirit that drives us to do what we do. Somewhere deep within us all, that spirit was buried until our eyes found their treasures. Then we found ourselves compelled. Compelled to pick up a camera for the first time. Compelled to try street photography. Compelled to emulate them. And then, and perhaps most importantly, compelled to create our own style. These titans of their craft gave us the greatest gift an artist can give… inspiration. This series is an homage to these great photographers. Some passed and some who still walk among us. With each artist, I’ll focus on one aspect of their work that has had a deep impact on me. For the first installment, I present to you… Vivian Maier. 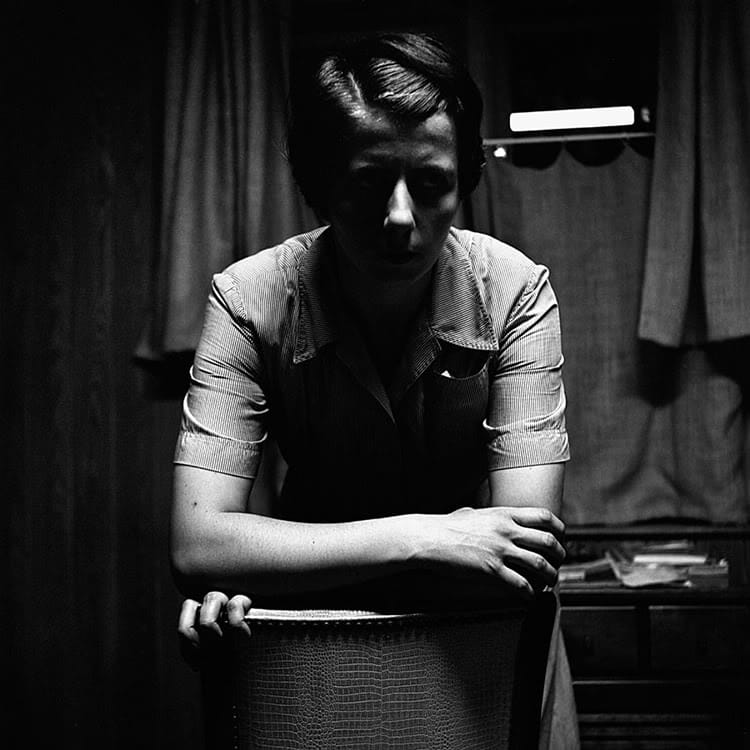 The Vivian Maier story is an amazing tale. A search for her name will give details, or, rather, lack of details, about this amazing talent. A gifted artist who shot some of the most beautiful photographs I had ever seen, Maier never sought fame or notoriety. The recognition and adoration only came posthumously. But, this was not because she didn’t succeed at being “discovered”. Her obscurity was by choice. Her choice.

How Did She Influence Me?

The fact that she did not seek fame and fortune from her amazing work struck a nerve in me. Granted, her work impacted me as well. It’s amazing. Beautiful. But the fact that she indulged only herself keeps coming to the front of my mind. When she was her most prolific, there was no ease in sharing like today. There was no social media. No seeking approval or adoration with a few clicks of a mouse.

We know little about Vivian Maier. Even after watching the just released Finding Vivian Maier(a spellbinding film I highly recommend), there’s still many questions about this amazing talent that was unknown for so long. We’ll probably never know why she didn’t try to exhibit her work. We’ll probably never know what drove her, what inspired and influenced her. But, I think it’s safe to assume that she only sought to please one person… herself.

From this assumption, from the first time I heard of her tale, I found that to be incredibly motivating. It reminded me and proved to me why I shoot. Because I love it. Because it makes me happy. Likes, reshares, gallery shows… they all take a backseat to the main objective. And that objective is self-gratification. To satisfy my creative hunger. Recognition and approval are the “icing on the cake”, so to speak. I like to share my work and I like to get other’s opinions on it. But too often I’ve found myself thinking, “I wonder if they’ll like this shot.” It’s a natural response and a trap that’s easy to fall into. But, Vivian Maier never fell into it. She practiced and mastered het craft in obscurity for decades, never seeking validation from the public or the art community. She was her best, worst and only critic. And her only fan. And that, is not lost on me at all.

Two things should be noted about Vivian Maier. One, as mentioned in Finding Vivian Maier, is that there was speculation that she was, in some way, mentally “ill”. Did this factor in her decision to go unnoticed? Perhaps. I believe that, if true, is irrelevant. The second thing is the proof that she did reach out to a printer, via letter, at one point in her life about the possibility of working together. Again, I find this irrelevant when looking at the bigger picture. And that picture, which I find to be her most influential and inspirational one, should be captioned “please yourself first”.