Street Photo of the week by Khalik Allah

Khalik Allah is a Street Photographer from New York, USA that works in Harlem. He shoots in the streets day and night using a Nikon F2 film camera with a Nikkor 55mm 1.2 Lens and Kodak Porta film. As he himself says, he became a photographer the minute he started using a fully manual camera. In his words, he likes a camera that he can dictate, a camera that he can tell it what to do. According to Khalik knowledge increases when you walk the streets holding a camera in hand, documenting the moments that present themselves to you. So doing Street Photography increases his knowledge and through that he better understands himself. It is a process of learning and evolving. Khalik Allah is a Street Photographer that has been inspired by life surrounding him but also and most importantly by his father, who used to take him out when he was young and photograph him. When he got older he asked his father for that camera. The minute he got his father’s camera, his first manual camera, a whole new world opened up in front of him.

You can see more of Khalik Allah’s photographic work on his Flickr Profile at http://www.flickr.com/photos/71883347@N07/ or his website. 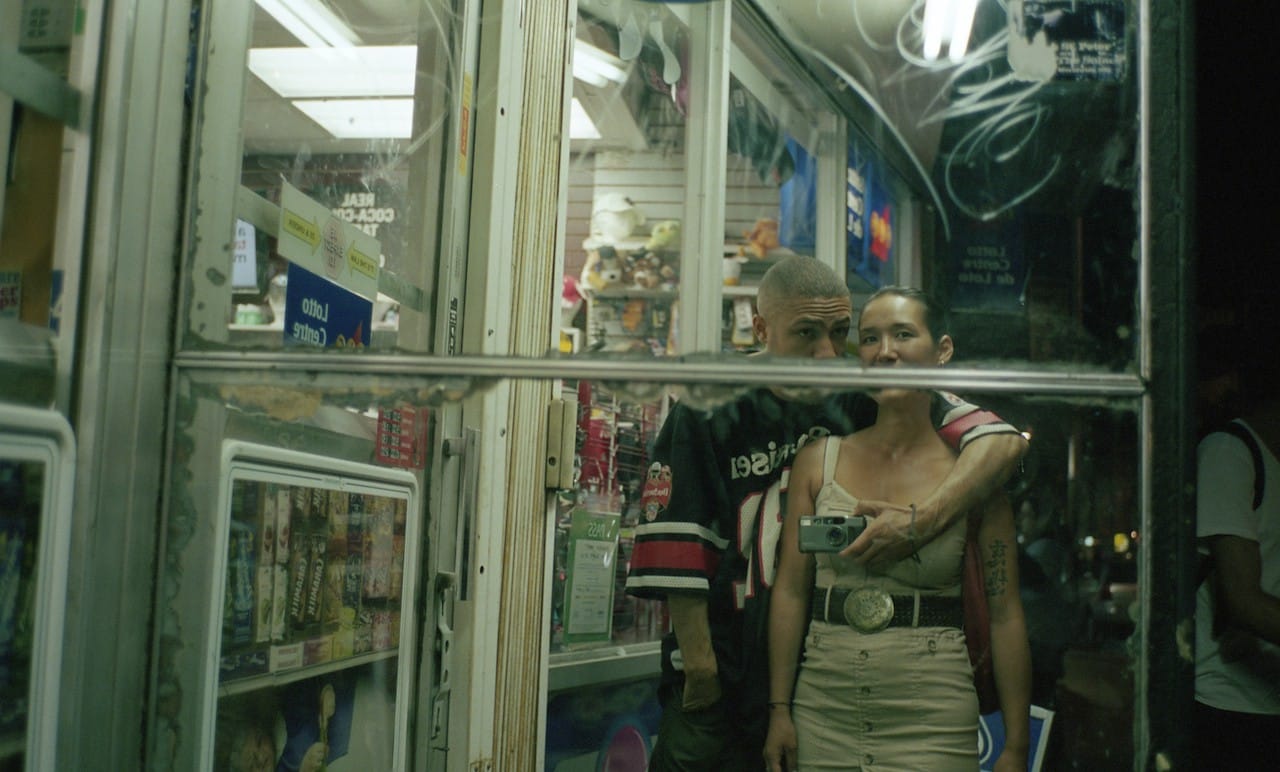 A strong photograph that makes the viewer feel a mixture of emotions. It is a selfie of Khalik and a girl. We don’t know the story behind this photo, however it can be interpreted in many different ways by each one of us. I am from a different part of the world, born into a completely other culture than Khalik, but the way this makes me feel, the words that come to my mind upon first look are “influence”, “obedience”, “real life”. I might be completely wrong, but this is my understanding of it.

I love the way Khalik has wrapped his arm around the girl, calculating the shot, keeping her in his control while looking in the dirty mirror. He want’s her there, in that specific place. He is willing her to stand still so he can make this awesome photograph. I assume she is smiling, even though the mouths of both the subjects can’t be seen. Lovely shot with strong emotions and great colour.