Home "How to" posts Six steps to improve your Street Photography

Is there an easy way to better street photography? Is there a system to help me improve my eye? YES!! Although I usually condone “Keep Calm and do this and that” lists, having seen the results of these few steps in action I believe that if you, yes you! take the time over the next twelve months and follow the steps below, your street photography will develop in leaps and bounds. It will take focus, dedication and without a doubt shooting every day. If you’re committed to that; continue reading, if not ; sell your camera.

The six steps are : 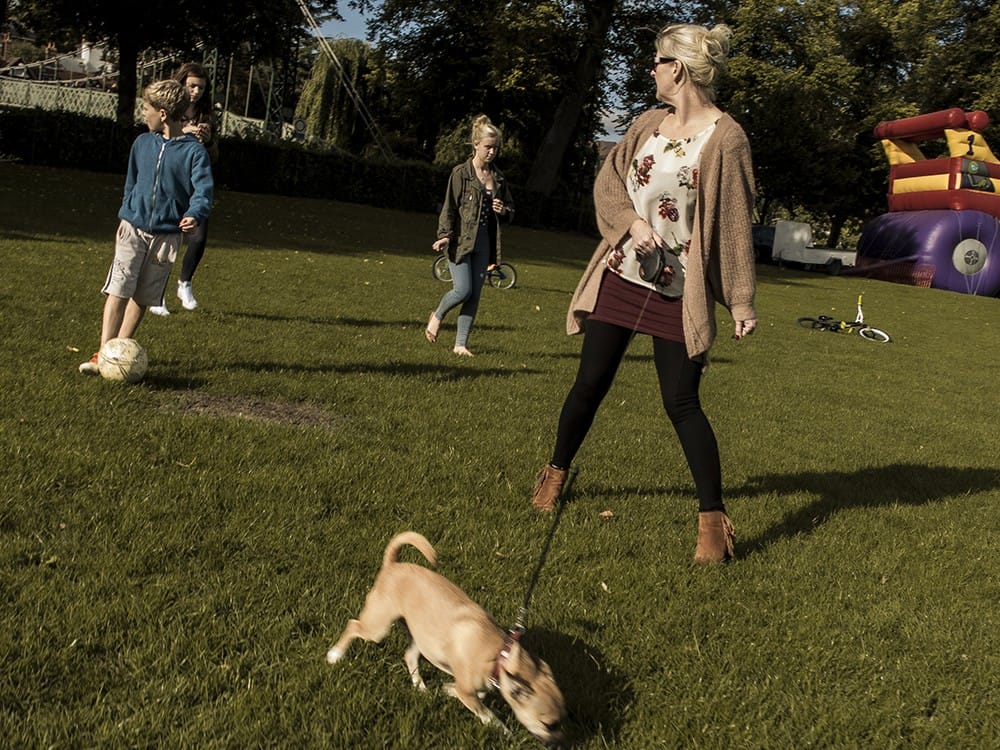 Increasingly quotes from Masters are flung around the internet in order to inspire the newbie photographer , some good, some incomprehensible and mostly bad, but one that sticks with me is “You, as a photographer are in control of two things, where to shoot and when to shoot”. Multi subject spacing involves focusing on both. I have found that something unnatural happens to people in an image when they are given their own space. By this I mean if we have 6 people in an image and we move so each of them neither overlaps with each other nor a sign grows out of a head or a bus cuts them in half they become like actors on a stage. Each individual becomes extra static, caught, motionless and the more subject spacing you have the clearer this weird stillness in the image happens. So move around your scene, allow more subjects in, fire shots in quick succession (this is allowed) and try to let your people breathe in their own space. When it happens the effect is magical.

Playing with light and shadows 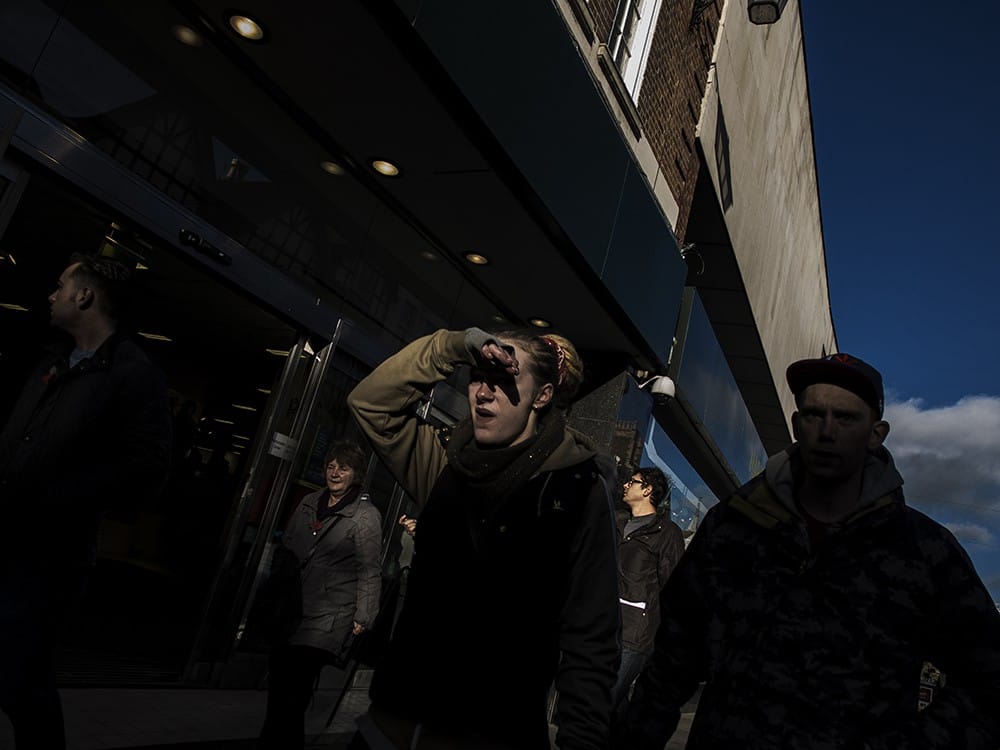 Your next trip into your favorite street scene dont take pictures of people focus on the light and the shadow.Is it crisp, does it reveal anything new, do the shadows of people tell a story which coldn’t be told if the people were in it, do the shadows look like something else, do the shadows block out something which makes the images richer? How does the light reflected from the shop window, the car at that moment interplay with the shadows, do building shadows reveal what’s behind you or out of frame, can you make a moving self portrait with your shadow cast on some sign or mannequin in a window? Tell todays story without subjects and focus on the light and shadow. 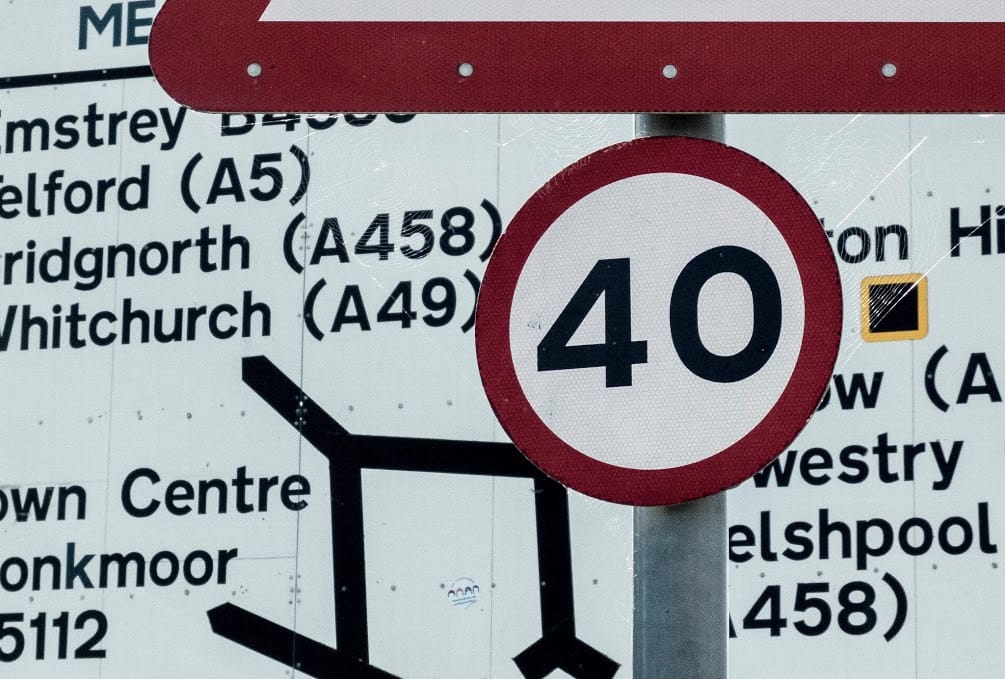 Media punctuate our visual being, signs,posters,warning labels, packaging, and they never come in neat boxes, all higgeldy jiggeldy most often ruining a serene composition with “ VIAGRA makes you like Hercules”…rather than hating these interferences into your cortex, build them in together, compose with them and only them in mind. The wilted stop/go sign leading the eye to a bus timetable to a bag logo. Do remember your composition but allow it to move more freely, incorporate and use the nature of the environment around you rather than editing them out to seduce the romantic from your image. Strong ,bold, in your face composition which meander through the frame like bleating advertising sheep stuck on poles. street photography is not always about working towards what you like but working with what you’ve got. These images may appear ugly to you in the first instance but pursue and allow to cool, then when you have time return to them with an editorial eye rather than a personal taste eye, I’m sure you’ll be surprised 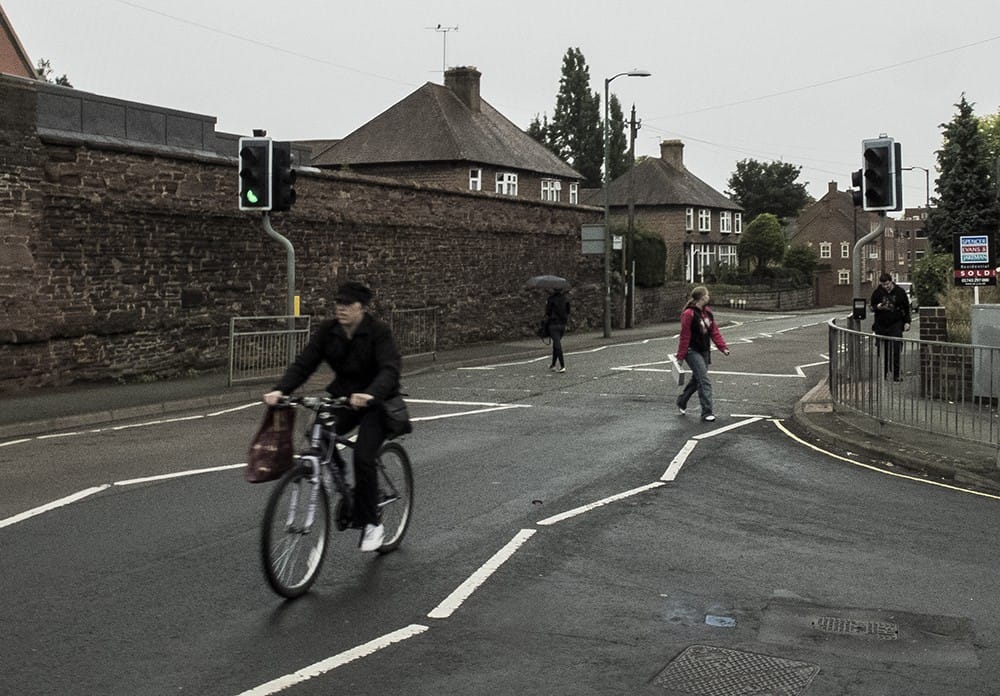 This is the simplest to describe but one of the most difficult to maintain. Put something in the fore,mid and background. Simple! Now try it with people. It’s important to give depth to an image, to infer the complete use of space within the frame.Taking a photo of graffiti with someone walking past….fore and middle….taking a photo of graffiti with someone walking past and including the frame of the car window you’re shooting from….fore middle and back and in my opinion much more interesting. 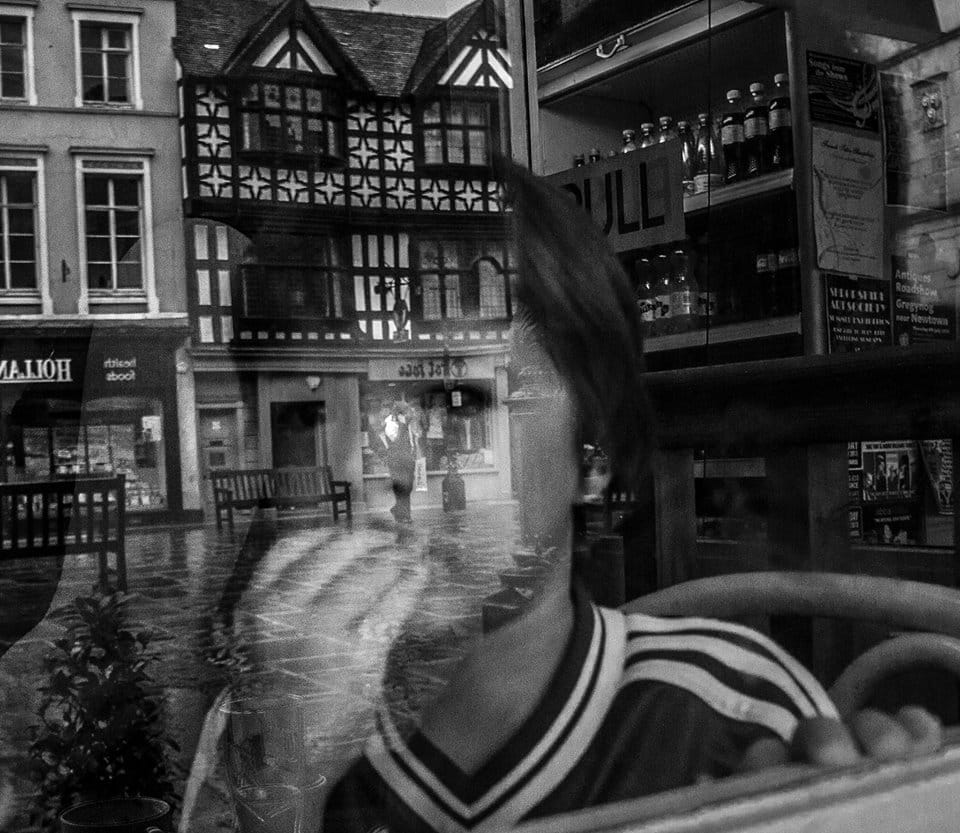 Again, simple enough to describe but as you work through this task you will begin to develop a disdain for the photo of yourself 🙂 and move to more interesting images. The rule with this one is white reflects the exterior and black reflects the interior so a person walking past (black) will allow you to see inside. 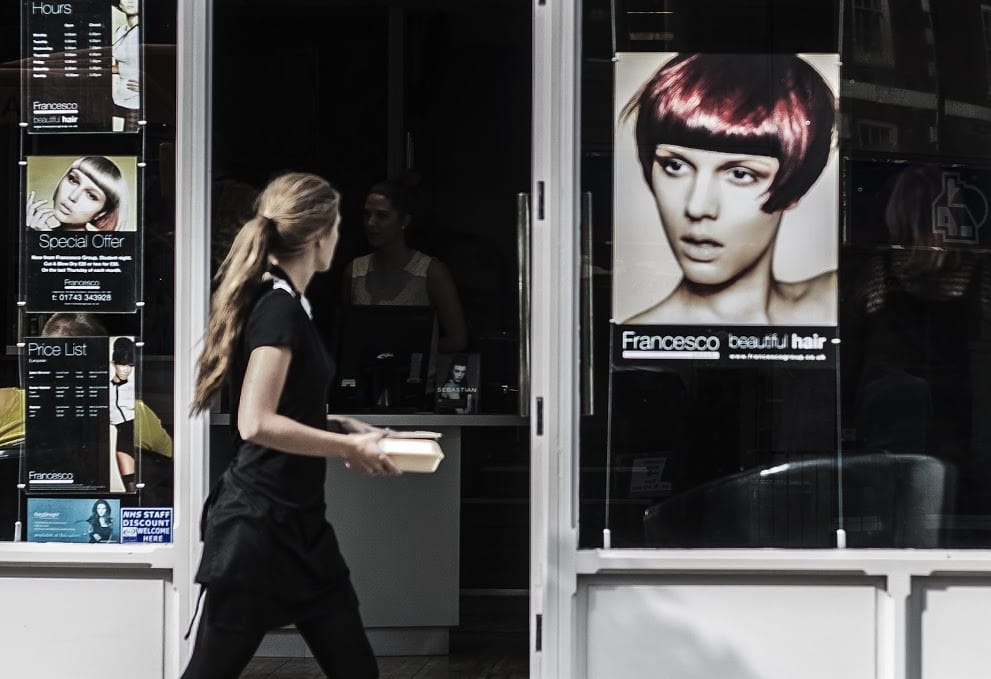 This is the mainstay of many street photographers. The absurd sign with a huge finger picking a passer by’s nose or something like that which makes the viewer chuckle. But it could also be used to make social or personal comment, it could be used to shock, but couple it with some of the above and you begin to get storytelling in a wider sense in your images. From my experience it is based on luck and a real awareness of what is going on around you, it is very difficult to get right as timing and the right subject juxtaposition take time to wait for, and more than most tasks I feel you have to be in a ‘punny’ mood to see it.

You have six tasks, 12 months…I am still on multi subject spacing as I think this is where a deal of my weakness in street photography lies but each day I go out my patience grows and my images develop so am looking forward to the next 2 months of playing with light and shadows.

You may wonder how I came about such a list? Time spent poring over old masters? Alas and thankfully no. Oguz Ozkan did that for me and happily allowed me to pass on these simple yet intrinsic-to-photography tips . Find his work on Flickr and you will see the results of hard work, focus …you might even find time to say thanks!