In the ever-widening scope of what we consider street photography, most would secure that nothing beats a great candid portrait. A person’s face alone can tell a thousand stories. The eyes, the expressions and even the wrinkles and scars help us to get lost in the story the face can create. But can a shot from behind a person be as poignant as a frontal one? I believe it can!

The backside shot is an easy way to get started in street photography. It’s non-confrontational. For those of us who were intimidated by street shooting, like myself, it provides a great stepping stone. I recall being terrified of getting caught by the subject! I found out quickly that lining up a shot from behind a subject was a very easy way to get into it. Over time, I became more brave. The next step was to shoot profiles, or someone from the side. I thought that was a huge step! It gave me a rush. No doubt this was because of the fear of getting caught by the subject. It became addictive, in a sense. The next logical step was to to shoot subjects head-on. But that wasn’t really a step. It was a leap! It’s the bravest thing a street shooter can do, except for asking a subject to participate in a street portrait. And that was the next step I took.

It was all a progression, and it started with shooting backs. But I have not abandoned it. I see this shot as a weapon in my arsenal.

It’s almost like learning a sport, a musical instrument or a craft. You start with the basics. As you progress with your skills, you build upon the previous ones! All along we look to improve our skills, and I often find myself shooting backs to work on the skill that I cherish the most… composition. Great composition is what can make a back shot deliver the goods like a frontal one.

Having a subject framed just right can tell a story or help our minds create a story, just as much as a weathered face can. A lonely figure, walking away on a shadowy street makes our minds rumble with questions and intrigue. I recently shot a scene with a young man being handcuffed by police officers. It happened so suddenly that I had no time to process it, just time to shoot. After I got home, I found myself getting lost in the image for a while, wondering exactly what happened. 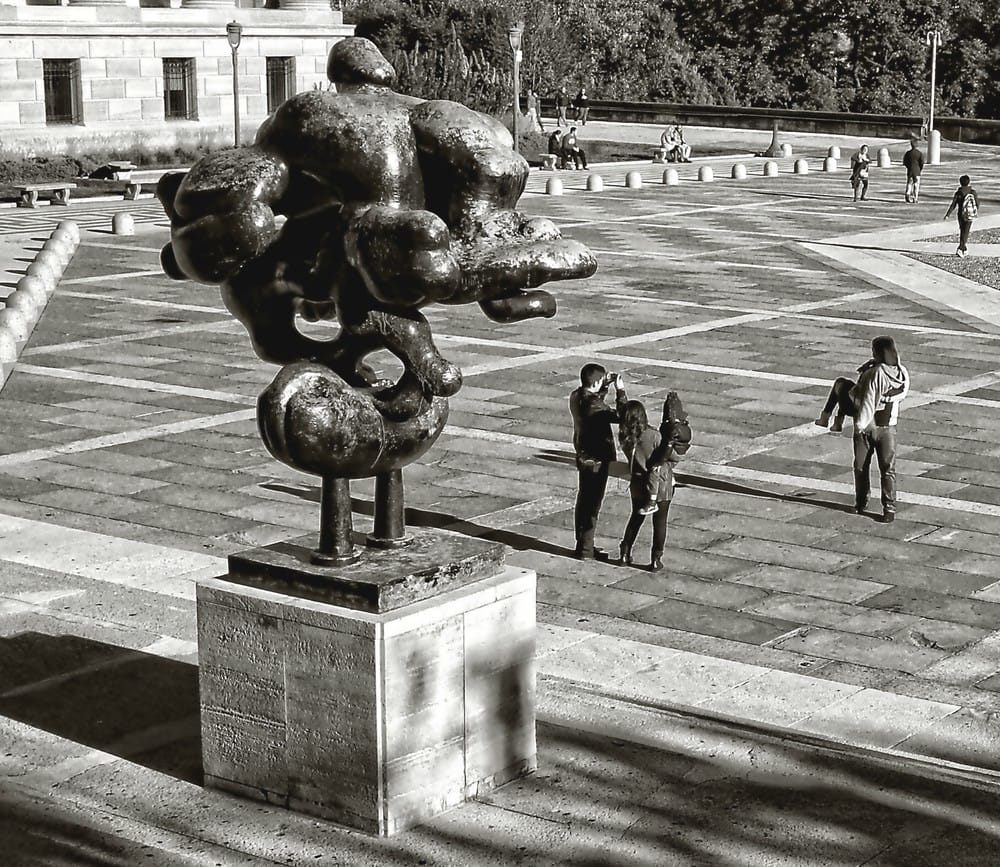 Back shots have been a staple in street photography for years, and they’re not going away. Some of the masters have used the back shot. Martin Parr is a great example. Now, a new wave of creative shooters take compelling shots from intriguing angles, making us rethink what we call street photography.

Some may argue the up close, in your face style is what true street photography is, but shooting backs is also street photography. If anything, it allows the shooter to be more creative, more artistic. It gives us a little more time to frame a shot, to allow us room to breathe with composition. It is street photography and its here to stay.