In the last year I have found myself wanting to learn more and more about photography. Books are always a great resource, as are also YouTube videos and blogs. But, I found that I needed something that would give me a ton of objective knowledge in a short amount of time. So, I thought that I should check and see what documentaries I could find online or on DVD that I could watch. Documentaries are always a rich and most of the times objective source of knowledge. So I did some digging and I found many resources that suggested various photography documentaries. I read some online reviews to help me make a short list of the utmost best choices and then I proceeded with watching them, one by one. Today, I am going to share this list with you, because I believe that every Street Photographer should watch these films and enrich their historical and practical knowledge of photography.

This photography documentary luckily can be found on YouTube so you can start watching it today. It was filmed in 1983 and it was a BBC production. The aim of this short documentary series was to interview the Master Photographers showing some of their selected work. The featured photographers are all Grand Masters, well known for their work. Just follow these links below to enjoy this classic documentary series. 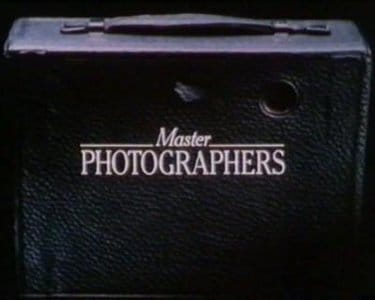 An amazing journey through the works of nearly all the Masters of Photography that ever lived before 2001 which was the year that Vol 3 was released. This photographic journey is unique because it approaches the work of the photographers from a unique point of view. As the name states, “Contacts”, the concept of the documentary is to show a series of numerous contact sheets and to listen to the photographer’s voice, explaining the reasons why he chose the slide he chose, or just simply talking about his work. In one episode, the one of Joseph Kudelka there is no voice, but a musical instrument playing in the background. This documentary series is available on DVD but you can also watch it today on YouTube. There are various playlists that include each volume, but I found this playlist that includes all volumes together.

A very well produced photography documentary by BBC that covers the whole range of Photographic history from the very beginning up until 2007. BBC has done an amazing job with this, explaining the origins of photography, portraying an amazing number of awesome photographers and showing a fantastic collection of images that have really left their mark in Photographic history. You can find more information about this documentary series on the official BBC website at http://www.bbc.co.uk/photography/genius/ and you can purchase it on DVD from numerous online stores, such as Amazon. They released the DVD version 2 years later in 2009.

A very interesting documentary that is made of mini explanations about how and why some of H.C.B.’s photos where shot. The explanations of course are by the man himself aged 92 back in 2001 when this film was made. The L’amour Tout Court is available on YouTube in french and you can also purchase it on DVD if you need English subtitles.

Another amazing documentary about the life work of the Grand Master Henri Cartier Bresson. This one was filmed in 2003 just one year before his death and in it H.C.B. shows some of his best photographic work and also some of his drawings. The whole film is shot as an interview and is not intended to be a biography as the actual documentary description states. The Impassioned Eye documentary is only available on DVD.

This short documentary was written by H.C.B. himself and is only 18 minutes long. A lovely exploration into the most important works of Bresson, nicely packed in this easy and fast to consume mini documentary. It is available on YouTube, so you can just click here to watch it now. When the video starts, it starts with the sound of the Leica shutter. Every time I hear this intro it makes my heart lose a beat!

William Eggleston in the Real World (2005)

I must admit that when I first started watching this, something like the first 5-10 minutes of it, I thought to myself “Oh, no… this is going to be boring!”. But, I persisted and finally watched it all. William Eggelston is a unique artist. He is a man that really understands colour! So if you are looking for the meaning of colour in your work, look no further because Eggleston is the man that can photograph the inside of a refrigerator and make it look good, just by using colour properly.

Wow! William Klein is an amazing photographer and a rather colourful character with a strong vocabulary, even at age 85! Recognised by his awesome work in New York and Harlem, as well as Paris where he now lives, Klein has managed to shape fashion photography. How? He merged Fashion photography with Street Photography, making an amazing mix of them both and thus creating a completely new style that Vogue magazine loved. This fantastic documentary is available online on YouTube.

This photography documentary was filmed in the late 90’s, in 1999 actually and it contains the history of Magnum Photos. For anyone that doesn’t know what Magnum Photos is, it is the most inspirational Photo Agency in the world, that was founded by Robert Capa, Henri Cartier Bresson and other famous Masters of Photography. It is available online on YouTube.

There is nothing I can say about this great photographer. Daido Moriyama is a Japanese man that has photographed post war Japan and has managed to capture stunning, emotional and unique images. The documentary is in Japanese of course, but it is available on YouTube with embedded English subs, so you can start watching it now.

Paul Strand was an Artist. A recluse that was based in New York. He didn’t like working with others, but his work was amazing and it had it’s own style. As other famous photographers, he was also interested in film. This documentary is available on YouTube so you can start watching it now.

This documentary is available on YouTube. The YouTube description says “Widely acclaimed as one of history’s most influential figures in the photographic field, Henri Cartier-Bresson gives a revealing interview about his life, work, ideas and beliefs to coincide with three major London exhibitions“. So, fire up the YouTube video, sit back and enjoy the Grand Master himself as he talks about his life. Truly inspiring.

The World According To Martin Parr

One of the best Photographers is Martin Parr. He is still out there, taking photos and amazing us! This documentary is available on YouTube but unfortunately the quality is not all that good. Anyway, check it out. Martin Parr has a style that is influenced by William Eggleston. Colour and mundane photographs are his specialty but he is also a really amazing Street Photographer. You can see his work on his website at http://www.martinparr.com which I highly recommend you visit. Just fantastic! Oh, if you feel that you want to see more films about Martin Parr, you can check out this page on his website where he has a collection of videos about his work.

Diane Arbus for me is one of the best portrait photographers that ever lived. She could just capture her subject’s soul, “rip it out” of him/her and then show it to the world! Her work is truly inspiring. She herself was a troubled soul that decided to end her journey on this world at a relatively young age. This documentary is available on YouTube so you can watch it now.

I was amazed when I saw this documentary about Vivian Maier. The amount of photos she took was so large, I think she might have even taken more pictures that the prolific Street Photographer and icon of his era, Garry Winogrand. She shot for many years and during all that time she also worked as a nanny for different families. Her work was discovered a few years ago and since then she has been recognised as one of the most important Street Photographers of our time. I don’t know if it is going to stay on air for long, because it is a new documentary, so if by the time you read this, the link doesn’t work, try searching for the title on YouTube, somebody else should have uploaded it.

The list I have provided you with is a personal selection of my favourite documentaries. It is the list that inspires me and helps me see beyond my work. This list is not meant to be a definite guide for you, but a friendly suggestion. I am sure that many of you have tons of other documentaries to recommend and I please welcome you to share your suggestions with our readers in the comments of our blog post.