The following views are mine personally and do not necessarily represent the views of the StreetHunters team.

“Street photography is a genre of photography that features subjects in candid situations within public places and does not necessitate the presence of a street or even the urban environment. ‘Street’ simply refers to a place where human activity can be seen, a place to observe and capture social interaction. The subject can even be absent of any people and can be that of object or environment where an object projects a human character or an environment is decidedly human. Framing and timing are key aspects of the craft, with the aim of creating images at a decisive or poignant moment. Alternatively, the street photographer may seek a more prosaic depiction of the scene, as a form of social documentary.” 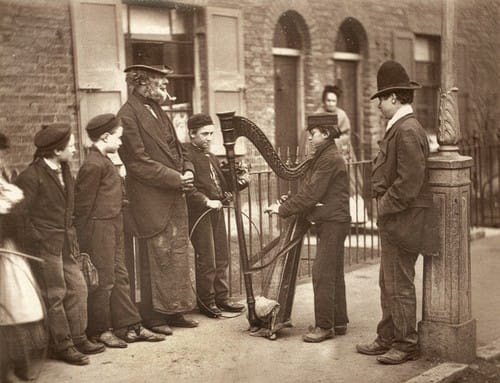 The first ever photos taken, were from the streets. At the beginning of the 20th century, even the late 19th century when photography was invented, in order for photographers to take photos, they needed available light that could only be found outside, in the streets. So, this was the birth of Photography, or should I say Street Photography. Back in the day, especially in places such as Paris, France or London, England, photographers would take their large format camera, carry it around with them and take photos of the life of the streets. Back then Photography was just photography and there were no genres like today. So, somewhere along the way, this term popped up, which I think belongs to the time it was invented and not to today’s world. I will explain why.

As technology advanced and time went by, Street Photographers became more agile. Large format cameras were used more and more in Studios and also for the emerging Landscape photography genre. Portable 35mm cameras were used for outside work. Leica, Rollei, Kodak, and more portable cameras started to make their appearance and Street Photography became less posed and more realistic. Things changed again and Photographers of the Street a.k.a. Street Photographers as they were called then, learned new skills and started using Studios for Portraits with controlled lights, but used portable cameras for taking photos on the go, in the streets, for magazines and newspapers of the time – This was the birth of Photojournalism. During the World Wars photography was essential and the portable 35mm cameras managed to capture amazing moments that wouldn’t be possible with large format cameras.

Jump to the mid 2000s. Digital camera’s begin to replace film cameras. Technology gets better. Fast forward to the camera phone revolution, move past that to the Social Media sharing age, to now! Street photography is still here, it is still called Street Photography, even though it now encompasses most types of Photography.

I see a pattern.

So, what is Street Photography?

This is the way I see it.

I am a Photographer.